It was during a Q&A at the excellent ‘Toy Story at 20’ conference where I made the (perhaps inflammatory) statement that, compared to Star Wars, My Little Pony or Marvel, “there is no Toy Story universe”. This comment seemed to follow me around in conversations, with a number of people raising some very salient points I had not at first considered. By addressing the topic here in blog form I hope to clarify this statement and hopefully touch on the importance questions like these have for the future of storytelling in an increasingly “immersive” digital media age.

My thinking on “immersive world” storytelling is grounded in two books; Frank Rose’s The Art of Immersion (2012) who links the phenomenon to commercial franchising, and Alan Kirby’s Digimodernism (2009) which presents this narrative model as a successor to postmodern self-reflexivity. According to both of these arguments, Toy Story is a relic of an earlier age; its heroic linear narrative set in a world recognisable as our own (albeit with one big difference), is a model now said to be supplanted by the more narratively “open” and more commercially viable world-building franchises. Peter Krämer’s keynote lecture at the conference would support this reading, demonstrating how the period 1977-to-1997 marked the highpoint for commercially successful original screenplays, with the current era favouring adaptation, franchising and sequels. Viewers, it is argued, want a world that invites participation, encourages expansion and rewards exploration. Star Wars invites you to invent your own character and develop your own micronarratives in a way that Toy Story, structurally, simply can’t. 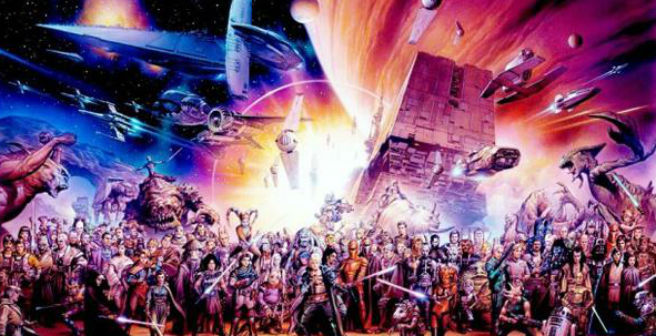 Yet, as Nichola Dobson described to me, reiterated by John Richardson’s paper on ‘Growing Up in the Shadow of Buzz and Woody’, this structural reading does not seem to reflect the actual relationship that children have with filmic texts. They will play at being Buzz and Woody, reliving adventures from the screen or inventing new ones with equal – if not more – creativity than they would with a personalised My Little Pony character or bit-player from Marvel multiverse continuity. After all, Pinkie Pie would no doubt be much more surprised than Woody or Buzz should a tank, or the Cheshire Cat, or Eric Cantona just happen to come over for tea; the Toy Story world is, theoretically, open to including any character in toy form, while the boundaries of the My Little Pony franchise are defined in a such a way as to make these additions incongruous

With this in mind, I would like to posit an alternative reading of these two narrative forms, one which runs counter to some of the more triumphalist readings presented earlier:

From this perspective, although there is, strictly speaking, no Toy Story universe (in the sense of there being a universe separate and distinct from our own with a core set of structuring principles) this “closedness” actually serves a valuable purpose in habituating the viewer to recognisable narrative patterns and structures. The immersive world model doesn’t inspire the imagination so much as bind it within preestablished parameters and render it secondary in importance to the central canonical narratives created by the official franchise holder. A viewer/players’ success is measured by the extent to which they fit within the established immersive world – a linear narrative’s success is measured by the extent to which it fits within the player’s own imaginative world. 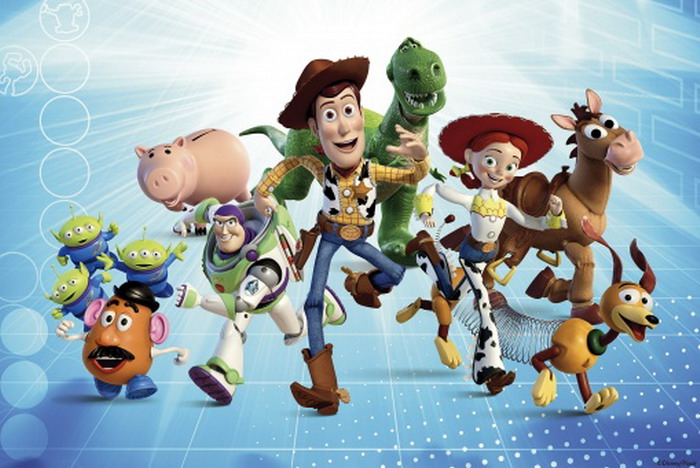 So, although contemporary franchises may appear to invite viewer/player participation in a much more open and inviting way than do traditional narratives, it is the very closedness of the kind of linear narrative which Toy Story excels at telling that gives the viewer/player control of the whole story from the outside. The child uses the story, not vice versa.

Joe Darlington is Programme Leader for BA(Hons) Digital Animation with Illustration at Futureworks Media School, Manchester, UK. Alongside his practical work he completed a PhD on 1960s experimental form in 2014 and has published papers in the Journal of Modern Literature, Textual Practice and Comedy Studies, amongst other periodicals.

3 responses to “Toy Story: A Linear Narrative in a World of World-Building Franchises”