‘I don’t like games. You’re robbing the precious time of children to be children.’ – Hayao Miyazaki

In 2008, whilst studio founder Hayao Miyazaki was otherwise occupied screenwriting Arrietty (Hiromasa Yonebayashi), other members of staff from Studio Ghibli – despite Miyazaki’s notorious disdain for video games – began collaborating with Level-5, a Japanese company specialized in video games, to develop artwork for Ni No Kuni: Dominion of the Dark Djinn (Level-5, 2008), a Japanese Role-Playing game for the Nintendo DS which was released in 2010. These members included producer Toshio Suzuki, animator Yoshiyuki Momose, and house-composer Joe Hisaishi. The game did astonishingly well, claiming an array of awards which it had been nominated for, including the ‘Rookie Award’ at the 2010 Famitsu Awards[1] and the ‘Excellence Award’ at the 2011 Japan Game Awards[2]. 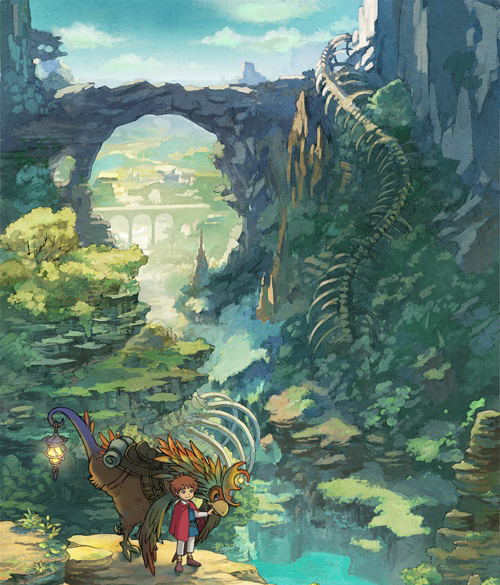 These two studios are both highly acclaimed within their rights. So, what might have encouraged them to collaborate for this project? Akihiro Hino, CEO of Level-5, has stated in an interview with Game Informer:

Studio Ghibli is an extremely popular animation company here in Japan, and that sentiment is not limited to just the games industry, but Japanese society as a whole. […] Once the actual work with them began, I realized just how much respect Studio Ghibli pays to the old analogue animation processes through each and every step. They are a genuine historical animation house. The entire production, from the preliminary storyboards, all the way through placing the artwork on film, is all beautifully drawn with no cutting corners. I could really feel how much pride they take in their handiwork at each stage in the process.[3]

Over recent years Studio Ghibli has gained vast amounts of positive critical acclaim, and today it holds a high prestige among Japanese box offices. From this interview it is clear that Hino was certain that collaborating with Ghibli would have assured to obtain a high quality product that would have shined through. 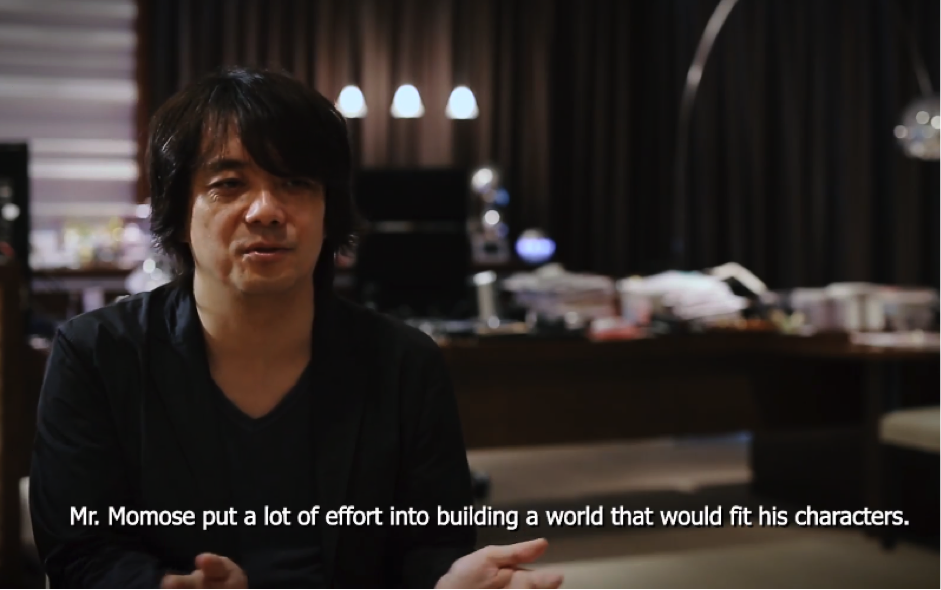 Yet, this partnership was not beneficial only for Level-5, but also for Ghibli. Andrew Webster of The Verge argues:

The timing turned out to be perfect as Ghibli had finished work on Ponyo. “The entirety of Ghibli was free of work at just that moment,” Fujimaki told Famitsu magazine in 2009. “Miyazaki may say that he hates games, but being a businessman, Suzuki isn’t going to just let his staff play around all day.”[4]

Without the guidance of their founder, Miyazaki, the studio also benefitted from this partnership as its staff was available to take on a new project at the time. This professional proposal came at the ideal time for the company, which was previously used to following the strict instruction of one single visionary. Although this is not a decision which may have been executed had Miyazaki still been at the studio, producer Suzuki had to make a choice in order to keep Ghibli fruitful. According to Jeremy Parish of US Gamer

Without Miyazaki at the helm, Ghibli needs to regroup. His unique combination of visual genius and get-off-my-lawn crotchetiness […] gave the studio its distinctive personality, simultaneous full of wide-eyed wonder and surly dourness. […] There’s no escaping the doubt over the future that hangs over the company now that its visionary has left the building.[5]

According to Parish, Ghibli’s unique house style is almost entirely the construction of its auteur. Therefore, around the time of Miyazaki’s post-Ponyo temporary retirement, uncertainty loomed for the studio’s reputation and the fate of Ghibli’s other staff members. The studio had to take on a project which would allow them to execute the distinctive house style that they are known for, whilst also being given the chance to flourish in the absence of their founder. Essentially, this alliance was constructive for both parties. James Fleury suggests:

Ni no Kuni represents a particularly significant example of convergence between the anime and video industries, as it suggests paths for both Studio Ghibli and Level-5, as they each look to diversify into new markets and revenue streams. […] The studio’s collaboration with Level-5 on Ni no Kuni was likely intended to diversify into a new medium and revenue stream in which it could pursue new storytelling and merchandising opportunities.[6]

This business partnership was beneficial to both parties when it came to marketing abroad as both studios are high-profile players in their respective industries and were able to gain an advantage from their association with each other whilst using one another’s reputation as a ladder to boost themselves in the eye of popular culture. This point is emphasized by Geoff King and Tanya Krzywinska, who claim that ‘the interface between cinema and games extends well beyond the direct spin-off or industrial convergence. […] Many games draw on cinematic devices, tropes and associations in a more diffuse manner.’[7] In other words, not only did the two studios use each other’s status to elevate their own, but they were also able to tap into a whole new range of conventions from each other’s media platform. This provided them both with new ways of experimenting with their accustomed medium specificity.

Georgina Brown is a doctoral student of Film Studies at the University of Southampton, where she researches the cross-media aesthetics of Studio Ghibli. Her key area of study is the cinema of Hayao Miyazaki, but she also has an interest in Asian cinema, global animation and video game adaptation. This piece is taken from her ongoing PhD research.

One response to “Ni No Kuni: Wrath of the White Witch – Why Would Studio Ghibli Betray Miyazaki?”