My knowledge of the late Japanese animation director’s work dates to 1996, when his critically acclaimed animated film Grave of the Fireflies (1988) was first screened publicly in Singapore at the first Singapore Animation Fiesta, of which I was the co-founder. By chance, I met his relatives who were living in Singapore at that time and they spoke to me about their thoughts of his animation career. Later on, when I was conducting my Ph.D research on Japanese animation from 1998-2000, I had the privilege to interview Isao Takahata himself in Tokyo. 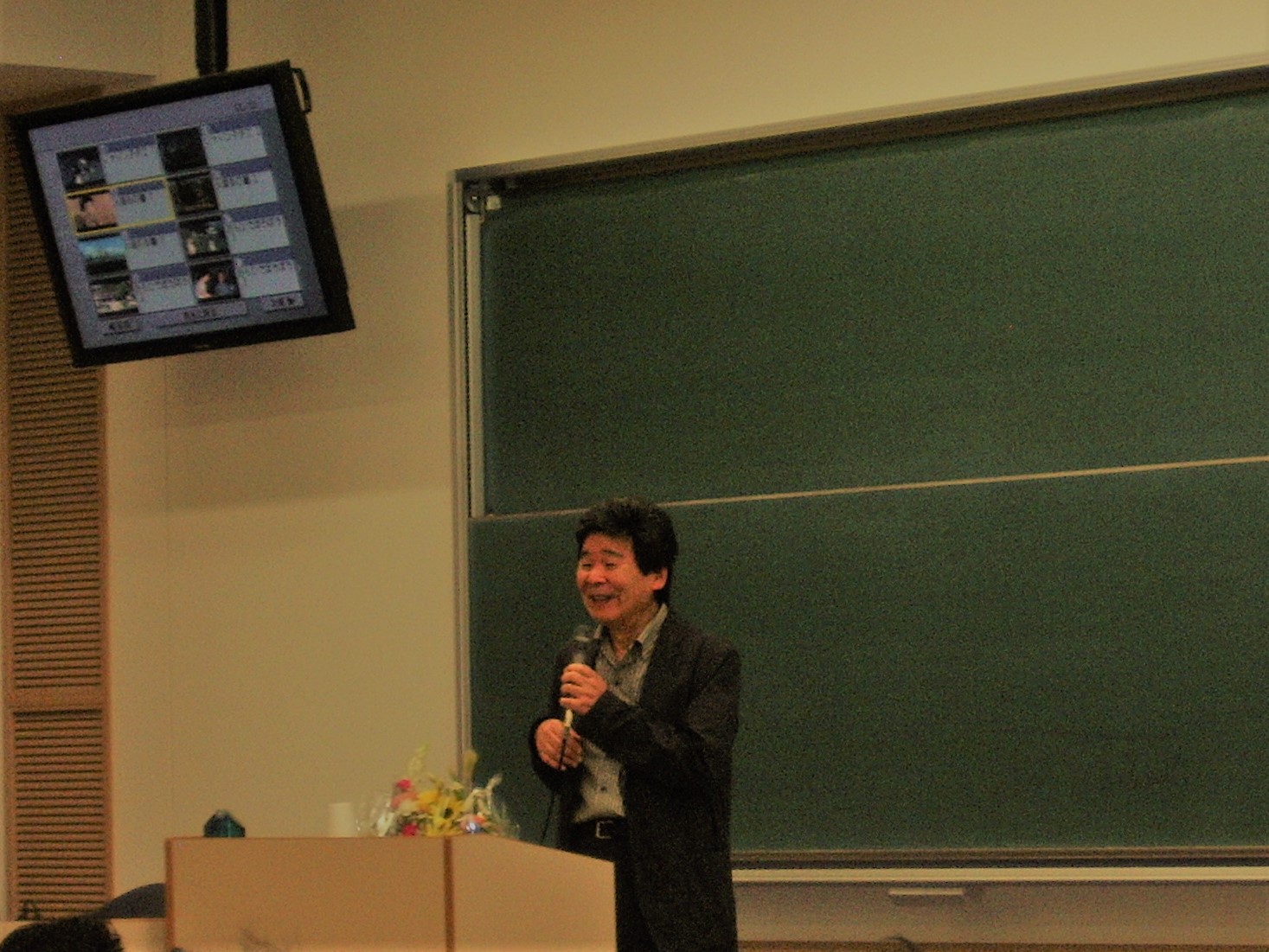 Between 2002 and 2003, when I was a Japan Foundation fellow based at Waseda University, I also attended several of his seminar talks and lectures (which he gave at various places), including those organized by art museums and the Japan Society for Animation Studies (JSAS). 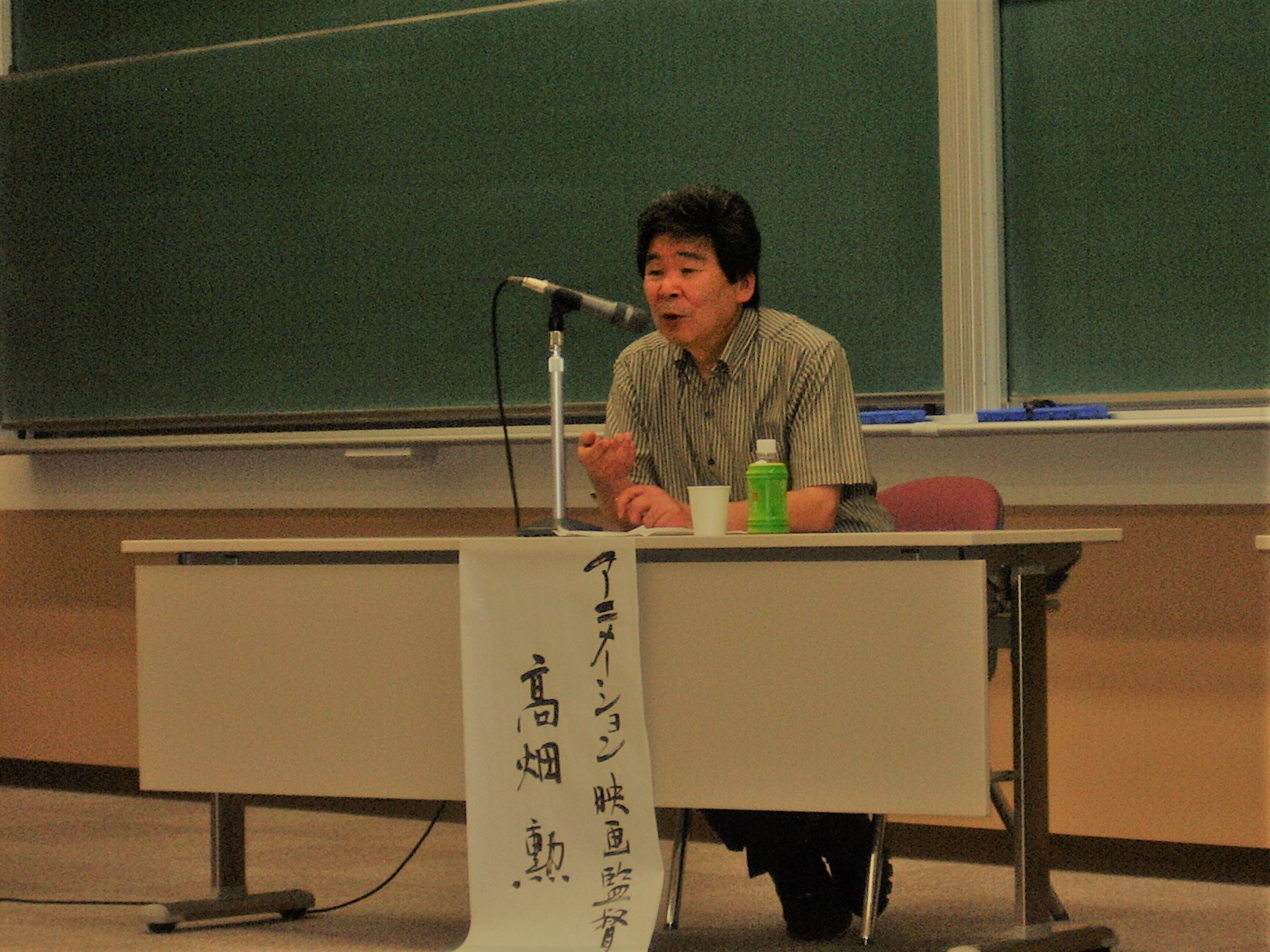 One of seven children of a public school principal in central Japan and a graduate in French Literature from the renowned Tokyo University, unlike his younger colleague Hayao Miyazaki – who entered Toei as an animation artist staff member -, Takahata was one of the few selected graduates recruited by Toei in 1959, who were later trained to become animation directors. His first film, Prince of the Sun: The Great Adventures of Hols (1968) set a new trend with Japanese high school youths, undergraduates and young adults beginning to appreciate animated feature films. As he was neither a manga artist nor an animator by training, Takahata relied solely on his power of imagination and on the ability to convince and tell his creative world to the various teams of artists, editors and producers whom he had worked with from one project to another. His former Toei colleagues and younger colleagues at Studio Ghibli revealed that Takahata might sketch or show a thumbnail of his visual expectation; it was mainly the oral articulation of his narrative mind that inspired them to be creative in producing the visual animated moments and artistic backgrounds as directed.

Since Takahata tended to not have an innate preconceived way of animating, such as an attachment to one’s own technique of hand-drawn images or a tendency to dwelling on one’s storytelling fantasy world, he was open to adapting narratives from other sources, like manga strips (see My Neighbors, the Yamadas, 1999), novels (Grave of the Fireflies), folktales (The Tale of Princess Kaguya, 2013) and so on. His production teams often felt challenged and had to rise to the occasion to innovate artistically and technically. As a result, in the process, they gained a sense of self-achievement and satisfaction as well.

Mamoru Oshii, the director of the popular anime film Ghost in the Shell (1995), observed that Takahata was the first animation director who paid special attention to everyday mundane activities and movements in his animation, for example, by detailing the domestic moments in the kitchen, like chopping vegetables and preparing a simple meal. Such subtle animation sequences can be seen in Gōshu, the Cellist (1982), in the television anime series Jarinko Chie (1981) and in the internationally popular television anime series Heidi Girl of the Alps (1974). He was interested in the blank spaces of the animating screen as well as in the usage of light pastel colors to portray the animated narrative. In a direct and indirect way, he was paying homage to emakimono, the picture-scroll paintings which are a traditional Japanese art form.

Apart from being an animation director, he was an eager educator, writer and supporter of animation studies as an academic interdisciplinary subject. 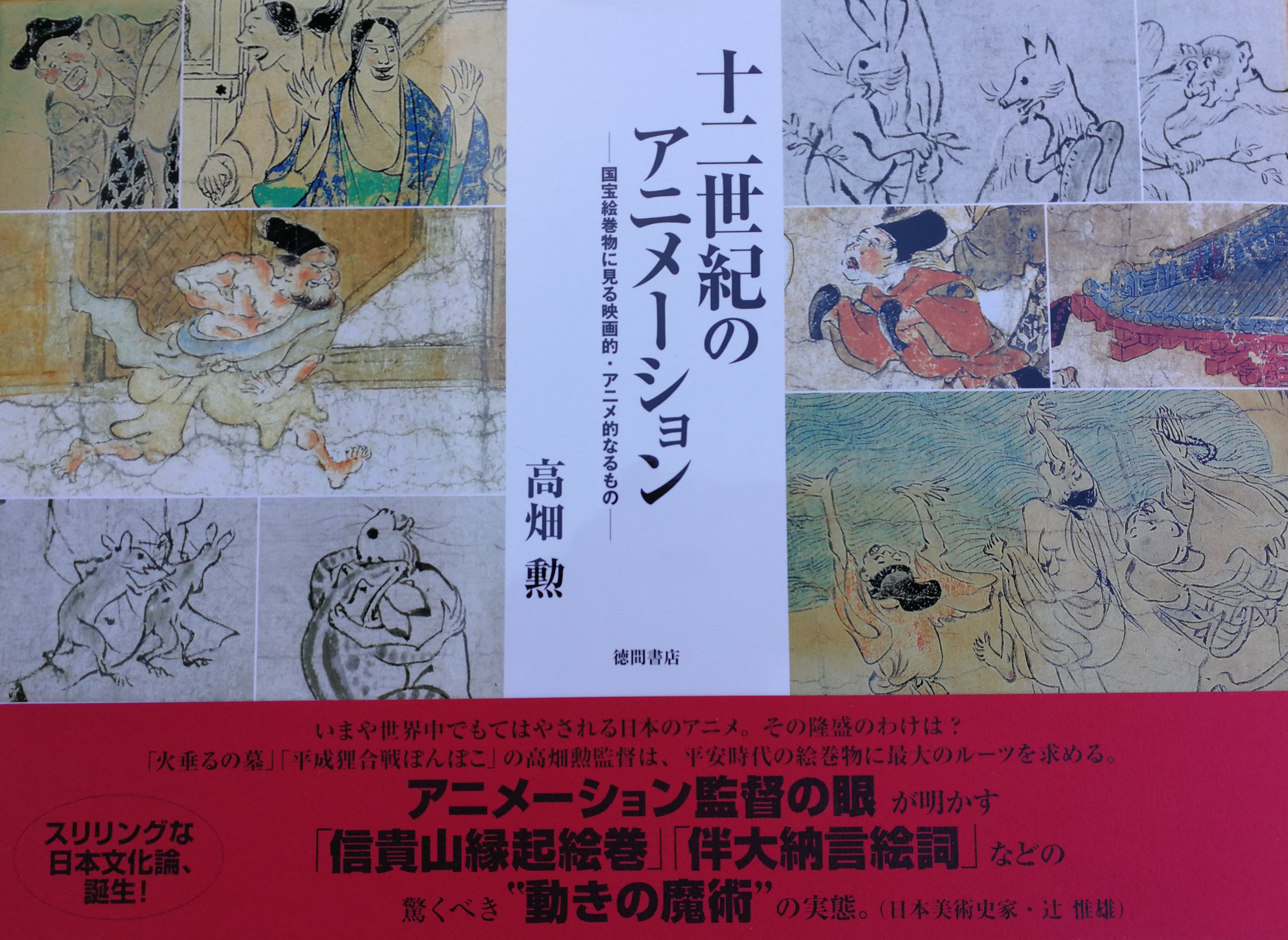 Takahata promoted world animation as well. For example, he officially endorsed the award-winning Kirikou and the Sorceress (dir. Michel Ocelot, 1998), when it was released in Japan. Though the animation was made in Europe, its narrative and artistic elements were drawn from West African folk tales and art which Takahata complimented. In recent years, together with his peers in Japan, he participated in the research study of the late master puppet animation director, Tadahito Mochinaga (1919-1999), who had spent considerable time in China in the post Second World War period teaching young Chinese filmmakers how to make puppet animation.

A man of his times, Takahata was a social activist as well. He was one of the leading labor union figures in Toei at the time and a number of his films portrayed his concerns regarding the mental health of Japanese youth, the average salaried worker, his or her daily life and family, and the increasingly materialistic society that they lived in (see Pom Poko, 1994 and Only Yesterday, 1991). In contemporary Japan, he continued to lead a group of like-minded filmmakers who remained sensitively aware of the devastations of war and the sufferings of others who had experienced the cruelties of the Japanese Imperial Army during the Second World War. He was among those who protested in the busy streets of Tokyo against the revision of Article 9 by the present Japanese government. To Takahata, it was a sacred and unique peace statement in Japan’s Constitution; he believed strongly that its existence has helped to keep the peace in Japan and the region to this day.

Takahata was a humanist at heart and, through his animation work, he showed deep consideration of Japanese people’s life and destiny, of how they could respect their country’s heritage and history, and ultimately, of how all of us as humans can live realistically in touch with our past, present and a peaceful, meaningful future that we can build together for younger generations.

The author expresses her thanks to Professor Masao Yokota, the former Chair of JSAS, and Dr. Giryung Park, a Korean animation studies scholar based in Seoul, who shared with her their reminiscences and thoughts of the late animation director in her writing of this blog article, commemorating his passing recently on April 5, 2018.

______. “Isao Takahata’s stark world of reality: Director’s childhood experiences have shaped his views on animation and attempts to revise the country’s pacifist Constitution” in The Japan Times. Published on September 12, 2015, https://www.japantimes.co.jp/culture/2015/09/12/films/isao-takahatas-stark-world-reality/#.WtpR6kxFzSc. Accessed on April 15, 2018.

Takahata, Isao. Eiga wo tsukuri nagara kangaetan koto 1955-91I [What I was thinking, while making a film I]. Tokyo: Tokuma Publishing, 1991.

Tze-yue G. Hu is an independent educator and author of Frames of Anime: Culture and Image-Building as well as co-author of Japanese Animation: East Asian Perspectives. Her upcoming book publication with the University Press of Mississippi is an anthology of essays focusing on the themes of the “spirited, journeys and transformations” authored by a team of animation, art and media studies scholars and artists located around the world.

One response to “Isao Takahata (1935-2018): A Towering Presence in Japan’s Postwar Animation”