Generally speaking animated filmmaking is gendered. Men usually work as directors, key animators, and photographers, while women take less important roles such as inkers and painters—jobs that demand repetitive and tedious manual labor rather than artistic creativity and high technology. Kirsten Thompson has demonstrated that between the 1920s and 1960s, the animation industry in the United States was gendered. Women were largely confined to Ink and Paint departments. They often had to work overtime and overnight, but received much lower wages than male animators.[1]

Set in a different socio-historical context, this post briefly discusses how traditionally gendered division of labor in animated filmmaking can be disrupted by totalitarian politics in socialist China (1949-1976).  In animated filmmaking during the socialist era, it was a woman, named Duan Xiaoxuan (1934-present), who controlled camera and animation technology for several decades. By examining the case of Duan Xiaoxuan, the first and the only camerawoman in the socialist animation industry, this post demonstrates how totalitarian politics, often denigrated for its suffocation of the arts, could still carve out a new path for ambitious women animators. It also showcases the limitations of such extreme politics in liberating women from traditional gender roles, because Duan Xiaoxuan was the only camerawoman at that time—a mere exception in the socialist animation industry.

The case of Duan Xiaoxuan was a product of her time. After the Communist Party took power in 1949, Chairman Mao and his cohorts were determined to make everything new. They regarded the traditional family as a site of oppression and encouraged women to join socialist production as men’s equals in the public sphere. With Mao’s advocacy of “women hold up half the sky,” iron girls, or audacious women handling heavy machines and high technology, emerged prominently. Encouraged by the slogan “whatever men can do, women can do too,” women took jobs that were traditionally occupied by men. “Female-kind-first,” which refers to the first female tractor driver, the first female pilot, the first female engineer, and others, was celebrated as a model for socialist women to emulate.[2] It was in this special political context that Duan emerged as the first and only camerawoman in the state-owned animation industry in socialist China. 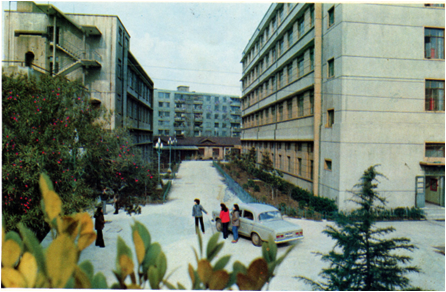 It was during her stay at the Shanghai Animation Film Studio that Duan began to work as a camerawoman in animated filmmaking. \ Little Carps Jump over the Dragon Gate (1958) marked her debut in the field. Later she worked on other well-known cel animated films, such as Uproar in Heaven (1961-1964), Nezha Disturbs the Sea (aka Dragon King, 1979), and Three Monks (1980). Besides cel animation, her major contribution to the studio resides in the invention of ink-painting animation. In 1958, the Communist Party advocated for technological innovation in all aspects of socialist production. As the person in charge of animation technology, Duan, with support from her colleagues, proposed to make ink-painting animated film. Her proposal was supported by the studio and Chen Yi, a high-ranking government official at that time. After many trials and failures, they made Little Tadpoles Look for Mama (1960), the first ink-painting animated film in China. 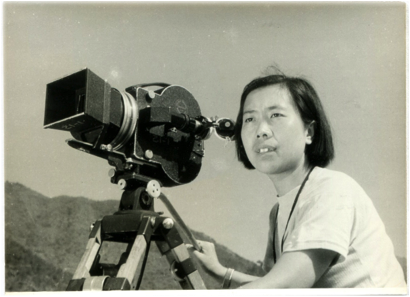 The technique of ink-painting animation has been a national secret since, but it is generally believed that the key resides in the photography, which Duan controlled. The most common way to make animated film is “single line and flat color,” which allows separate pictures to match each other perfectly with outlines and colors on transparent celluloid. In contrast, focusing on ink diffusion and graded ink tonalities, ink-painting animation does not have the typical “single line and flat color” visual form. Relying on spontaneous ink wash, splashing, and diffusion on absorbent rice paper, ink paintings are difficult to control and almost impossible to reproduce on cels. It is only through the mediation of animation photography that the ink-painting effect can be reproduced on cels. The process of making ink-painting animated film is time-consuming and needs tremendous financial support. For these practical reasons, Duan and her colleagues only made four ink-painting animated films in history, including Little Tadpoles Look for Mama (1960), The Herd Boy’s Flute (1963), The Deer’s Bell (1982), and Feelings of Mountains and Rivers (1988).[3] 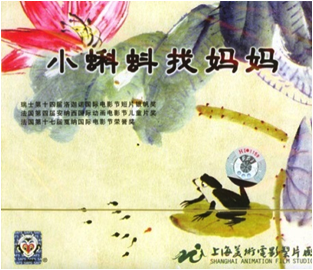 Duan was the only camerawoman in animated filmmaking in socialist China. In animation histories around the world, it was unusual for an animation studio to entrust for decades its technology department to the supervision of a woman. The special political context in socialist China gave rise to the first camerawoman in the animation industry, but it also set limitations for this kind of liberation. In the late 1970s after China officially opened to the world, more camerawomen emerged, working on scientific and educational animated films at Beijing Science and Education Film Studio. In the 1980s, many state-owned, private, joint, and international animation studios mushroomed, challenging the monopoly status of the Shanghai Animation Film Studio while at the same time creating more job opportunities for women animators. From then on, more and more camerawomen joined the animation industry, rendering the cultural scene more diversified and less gendered than before.

Feelings of Mountains and Rivers (1988)

I would like to extend my sincere thanks to Duan Xiaoxuan for generously sharing with me her insider’s information and for providing me with the photos.

Daisy Yan Du is Assistant Professor of Chinese Literature and Visual Culture at the Hong Kong University of Science and Technology. Her recent publication includes a forthcoming article on animals and animation during the Chinese Cultural Revolution (1966-1976) in Positions: Asia Critique. She has also published articles on film, gender, and popular culture in Gender & History, Modern Chinese Literature and Culture, and Women’s Studies Quarterly. She is currently working on a book manuscript that examines Chinese animation between the 1940s and 1970s.