Witnessing the outpouring of grief in the queer community after the death of David Bowie made me realize just how much he had meant to a generation and beyond in regards to giving people permission to explore their gender identity, fluidity and expression. It got me thinking: who are the queer heroes now? After a succession of events in 2016 such as the shootings in Orlando and a reported 147% rise in homophobic attacks in the UK since Brexit [i], queer visibility – and education to stop homophobic bullying – have never been so important. I decided to make a piece of work that would celebrate and engage with the queer community. I reached out to 13 other queer identified animators in the UK to work with me on a collaborative animation project: Queer Heroes. 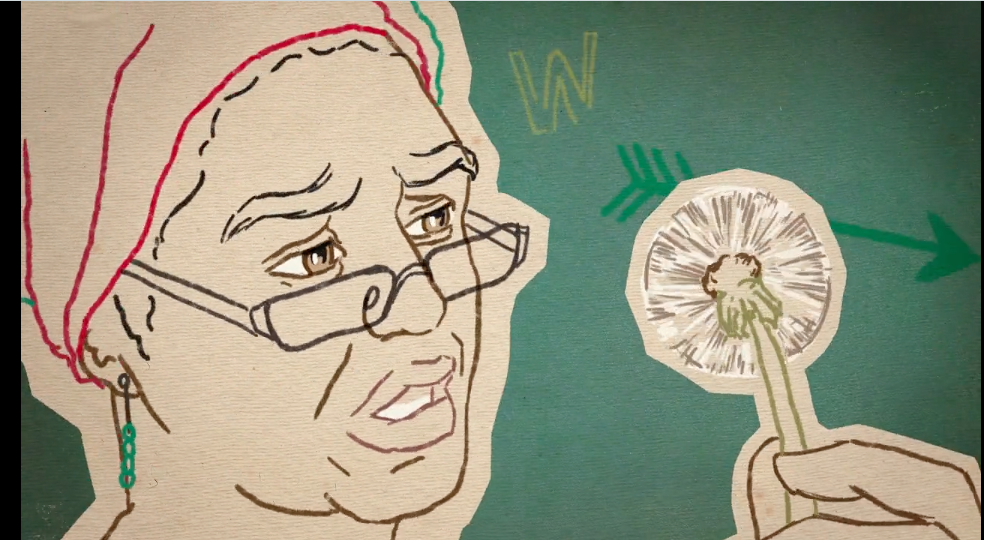 I then shuffled the names and redistributed them to the animators. Each animator had to animate that queer hero in a 10 second section, taking the last frame of the person before as their first and then putting forward their last frame to the next animator and so on, so as to create an animation chain. The Arts Council of England came on board and awarded me a small grant to complete the work.

The final product was a wonderful journey from Angela Davis through to Peter Tatchell told through hand drawn animation via stop motion and CGI. Animation is such an accessible medium especially in the digital era, which makes it a perfect medium for discussion around queer visibility and identity, and to celebrate those that help move things on a little more for the rest of us.

Kate Jessop is an award winning animation filmmaker whose work spans across animated shorts, promos and artist’s film and video. She has exhibited extensively internationally, undertaking artist residencies in Berlin, Reykjavik and Manchester Metropolitan University. Her work has been described as “magical”, “showing true heart” and “an old soul, full of youthful innovation”. She has previously been selected for numerous national and international festivals and touring programs such as Raindance, The Best of Birds Eye View, Stuttgart, and Tricky Women. Her first film, ‘Desires’, was a Virgin Media Shorts Finalist, represented the UK in The Best of Women in Film and Television and is distributed through Shorts International.

3 responses to “Using Animation as a Platform for Queer Awareness”