All history can be considered a form of revisionism. There is overwhelming political power associated with those that have had the privilege of crafting historical narratives for their own purposes. The warped representation of the minority, including lesbian and gay persons, is an example of such privileged, revisionist history that was deeply curated in the growth of the United States. The American studio cartoons of the 1930s reflected these ideas of bias and bigotry felt towards the minority “Other,” with the homosexual stereotype reflecting what was a national attempt to erase, demean, and dis-empower. 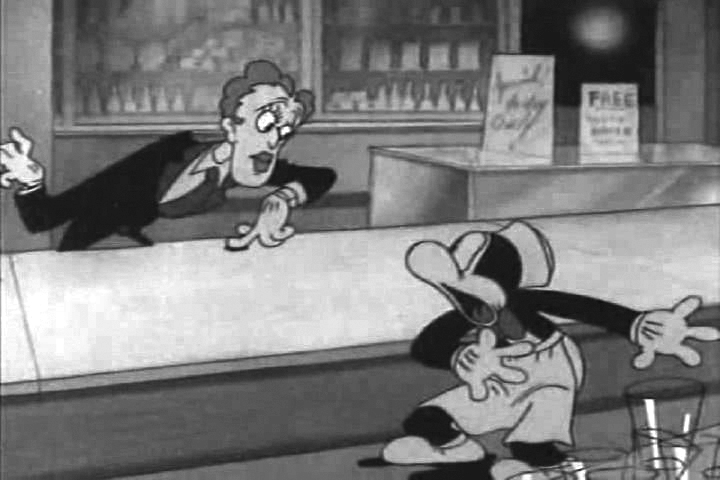 Flip the Frog is shocked at the appearance of a homosexual man. From Flip the Frog: Soda Squirt (1933) by Ub Iwerks

By recasting the historical narrative with self-representation, change occurs for what we know and come to understand. The contemporary animated short film Happy & Gay (2014, dir. Lorelei Pepi, USA) takes on such a task. The film crafts a 1930s revisionist cartoon musical history, using the authentic Lesbian voice of self-represent and re-write an old narrative with positive LGTB main characters and more adept historical accuracy. 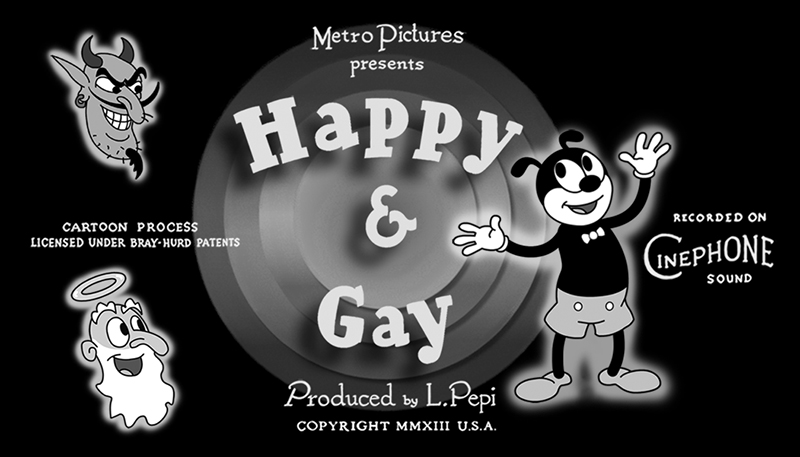 Happy & Gay was conceived of in 2003 as a response to a virulent political momentum that arose to push back against the LGTB movement to legalize same-sex marriage in the USA. A second motivator was the simultaneous release of Ub Iwerk’s studio cartoon collection, which frequently depicted the Pansy, a homosexual stereotype character. Similarly, the 1930s saw a religious and political backlash to a Hollywood mentality that was increasingly risqué, and perceived as immoral and out of control. The Catholic Church formed a Legion of Decency that pushed Hollywood to self-censor and clean up its act. The result was censorship in the form of The Motion Picture Production Code, otherwise called The Code. The latter terminated the ability to depict homosexuality in any manner that would give it a sheen of positivity, privilege or respect. Money was the motivator, as a producing house could not theatrically screen a finished film, if it had not been reviewed and it had not received the stamp of approval by the censoring agency. 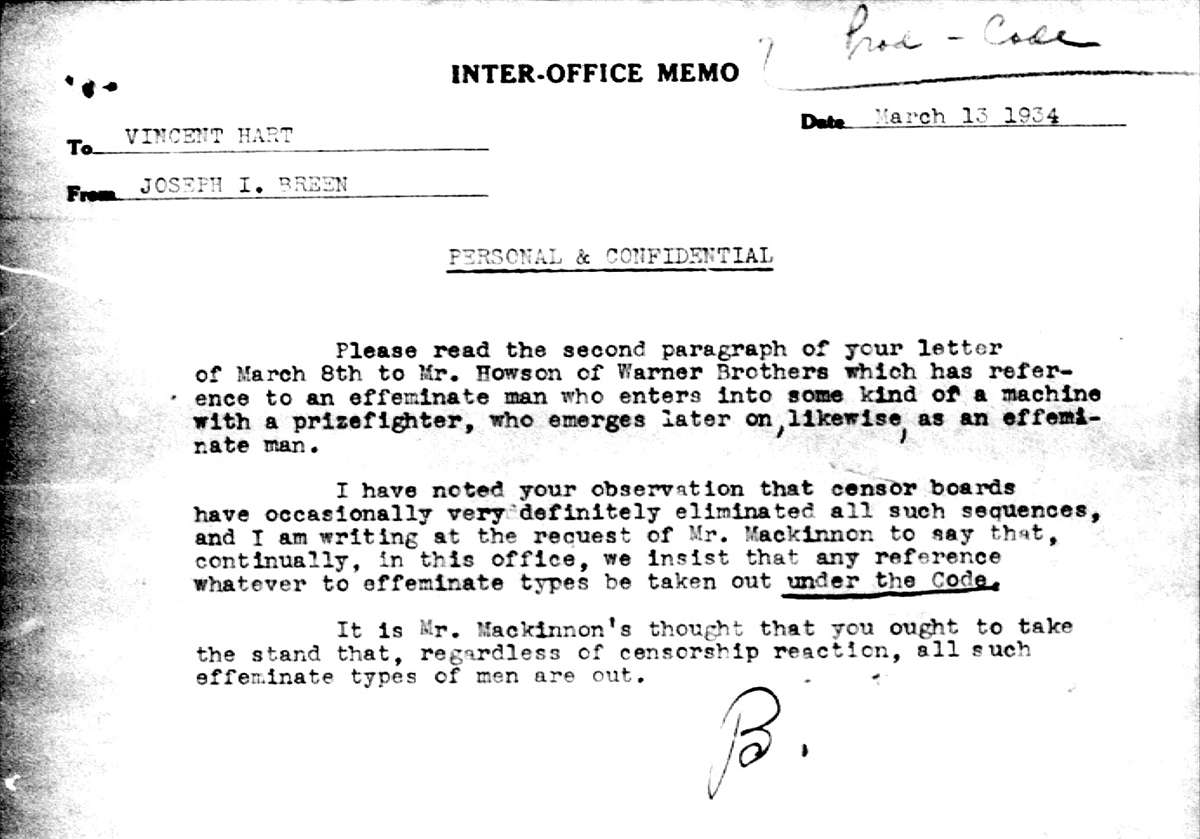 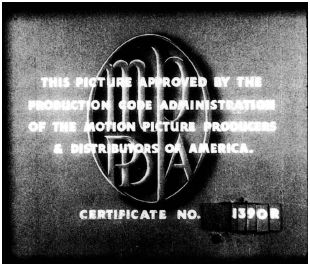 In the 1930s the opportunity to create a film and to disseminate it required that studios get past the censoring gate keepers. It also required a certain set of privileges of race, class, education, finances and connections. These political infrastructures made it possible for films to be designed through a chillingly myopic lens. Happy & Gay reflects the act of using the voice of the minority to authentically craft self-identification, thereby breaking open that lens. 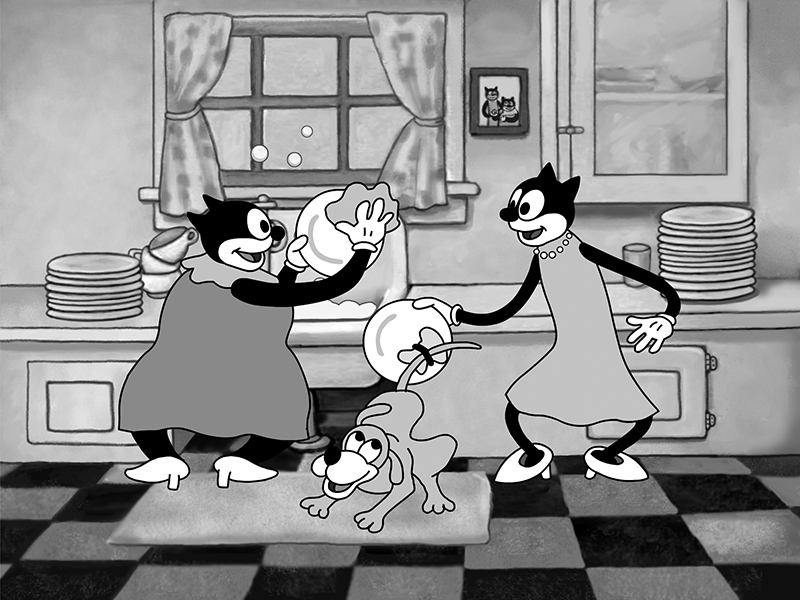 The positive LGBT representation in the spirit of the 1930s cartoon narrative. From Happy & Gay (2014)

Happy & Gay is a film that could not have been made at the time it references, as it allows the minority’s voice the privilege of communication and dissemination, and because it lifts the LGTB personas into respectable and admirable characters. These facts alone would have never received the censorship agency’s stamp of approval. 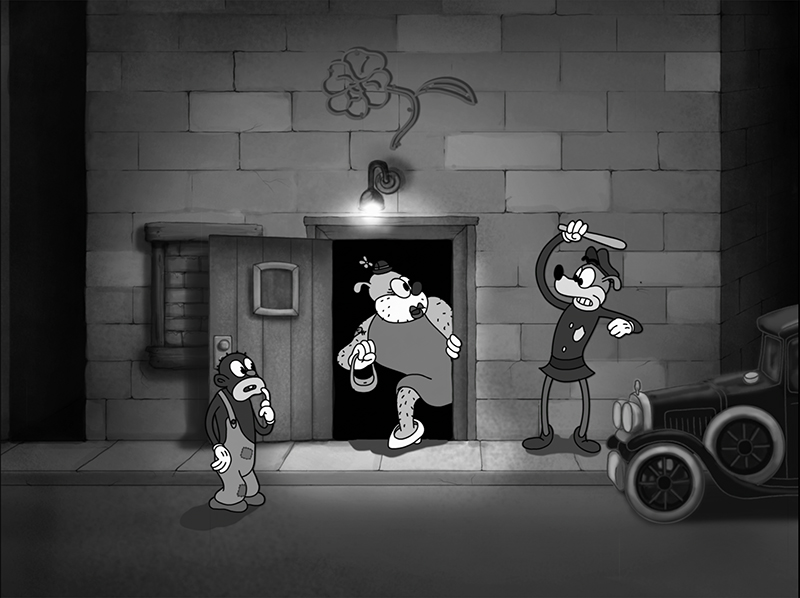 The embedded black stereotype as a careful reminder of historical representation. From Happy & Gay (2014)

As the filmmaker, my own privileges are many, as a white and educated person. It provides me with an opportunity that less empowered LGTB and other minority voices have access to. So, while Happy & Gay revises a history with embedding positive LGTB anti-stereotypes, I also insist upon remembering the legacy of the previous histories by retaining and embedding painful stereotypes that proliferated at the time. Some are directly pulled from early cartoons, while some are composites representations. This side-by-side life of various ethnic and racially marginalized characters can encourage us to reflect that no-one voice is free unless all are free.

Barrios, Richard (2005), Screened Out: Playing Gay in Hollywood from Edison to Stonewall, Routledge.

Lorelei Pepi is an internationally award-winning independent animation filmmaker living in Vancouver, Canada, where she is an Assistant Professor at Emily Carr University of Art + Design. Her work engages with issues of identity and representation, the sexual body and LGTB issues. Her animation film work has received international recognition with screenings and awards, and generous support from such organizations as Creative Capital, LEF Moving Image, Harvard University Film Study and the MacDowell Colony. Her website is: www.loreleipepi.com.

5 responses to “The Politics of Representation”