The Center for Visual Music (CVM), a nonprofit archive based in Los Angeles dedicated to visual music and experimental animation, has extensive mixed media animation collections. Its largest collections are the films of Oskar Fischinger and Jordan Belson, plus Fischinger’s papers and animation drawings. The archive has films and material on Mary Ellen Bute, Jules Engel, John and James Whitney, Charles Dockum and others, plus animation historian William Moritz’s original research collection. The majority of the archive is abstract animation, with a few exceptions. CVM also has a small collection of work by contemporary artists. 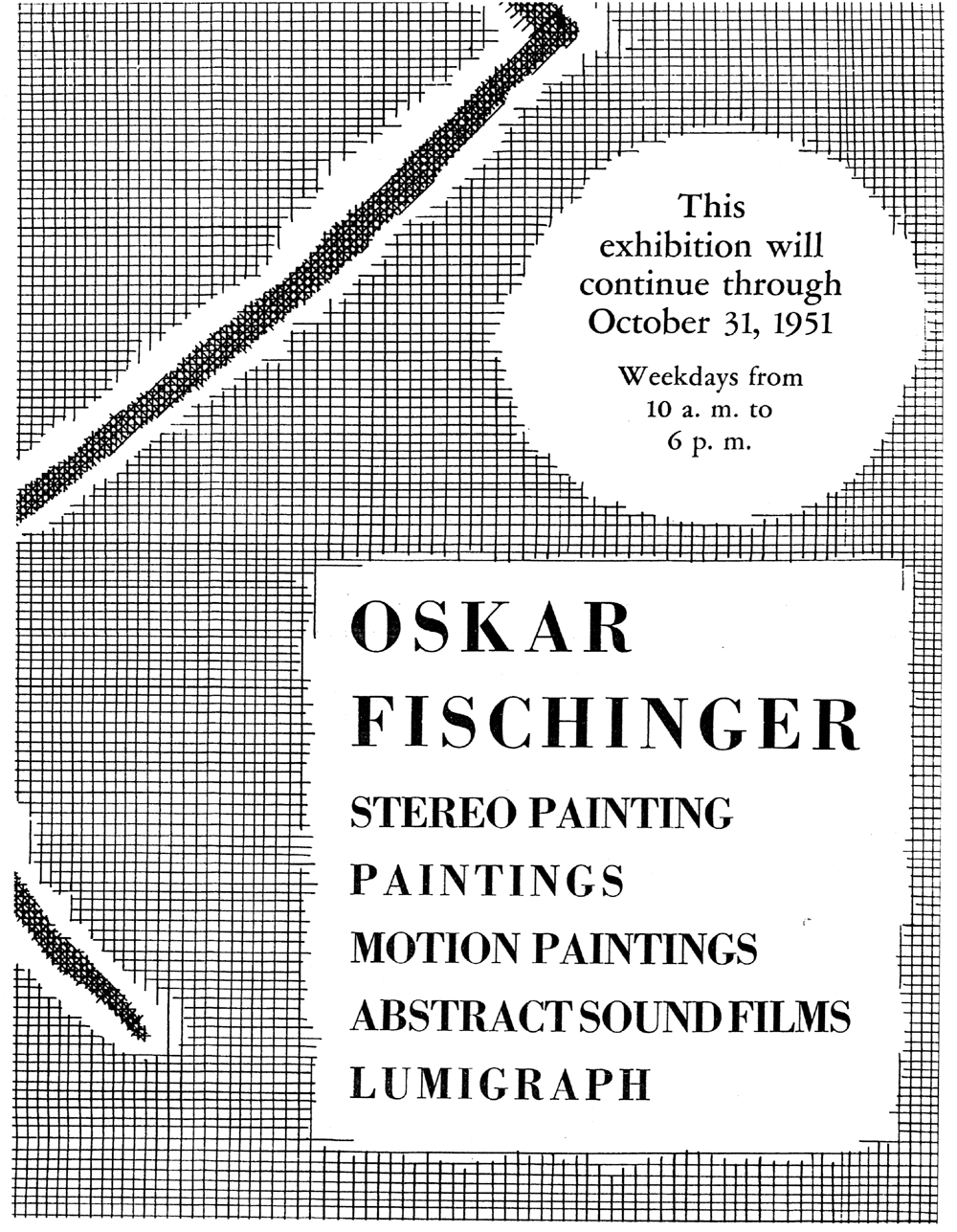 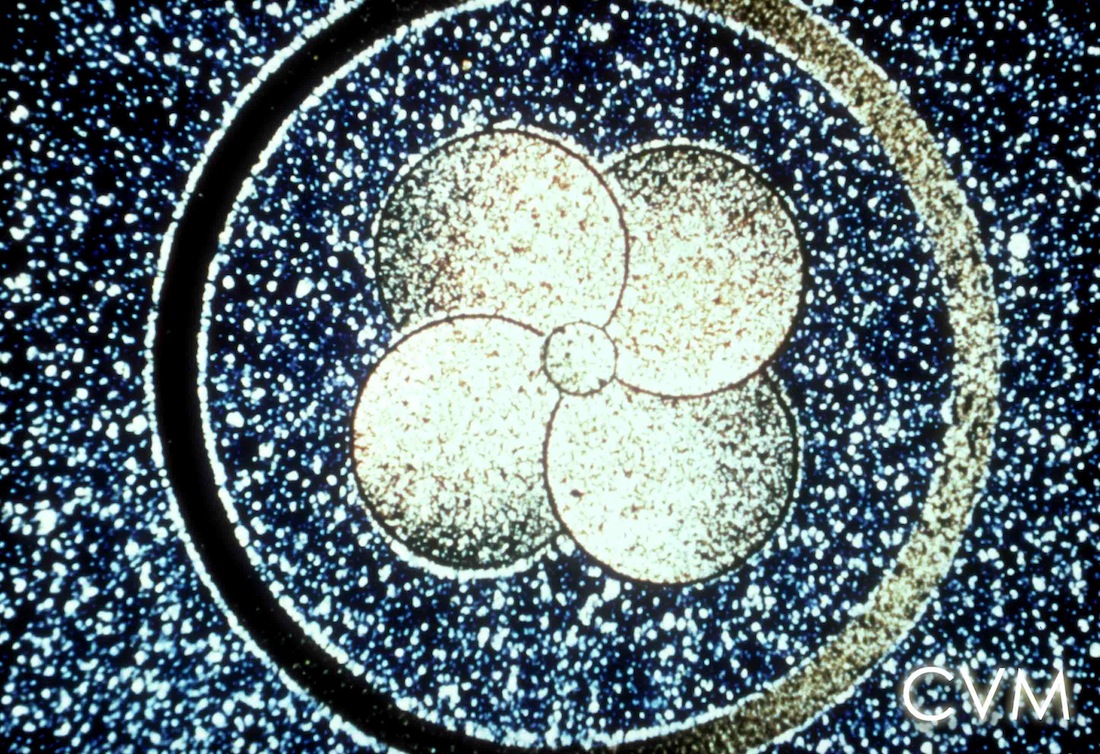 Film preservation and digitization is ongoing; CVM recently restored the original long version of Belson’s film Music of the Spheres (1977), and has received a grant to preserve his early films Mambo (1951) and Mandala (1953). Other recent preservation work includes unseen 1940s tests by Fischinger including a fragment titled Concerto, some early Gasparcolor tests, and his film Studie nr 5 (1930).

So, how best to provide access to these animation materials? As with most physical archives (differentiated from online archives), uncatalogued, unprocessed and/or fragile material is usually not available until further work is completed, thus some materials are restricted. Much digitization of actual film material remains to be done (this type of work is not currently funded at CVM by grants, and is dependent upon fundraising and access needs). Some films exist only as film prints, with no digital versions yet, which surprises some researchers. However access is a major priority at CVM, which makes animation accessible through its variety of programs, including:

— Participation in symposia and academic programs

— Lectures and presentations at universities and museums

— Onsite access to materials, when possible, to qualified researchers, curators, authors, and students

— Provision of images and research for publications and exhibition catalogs

Additionally, CVM loans film prints for screenings at other archives. Film historian Cecile Starr placed many of her 16mm animation prints at CVM for distribution. For non-archive requests, prints and digital copies are occasionally rented (recent examples are the Ann Arbor Film Festival, TIFF Toronto, and LACMA). For wider access, many of CVM’s 16mm prints, including Fischinger’s, are distributed for us by Light Cone, Paris and Canyon Cinema, San Francisco.

More information on the above programs and an introduction to the Collections, are on CVM’s website. centerforvisualmusic.org 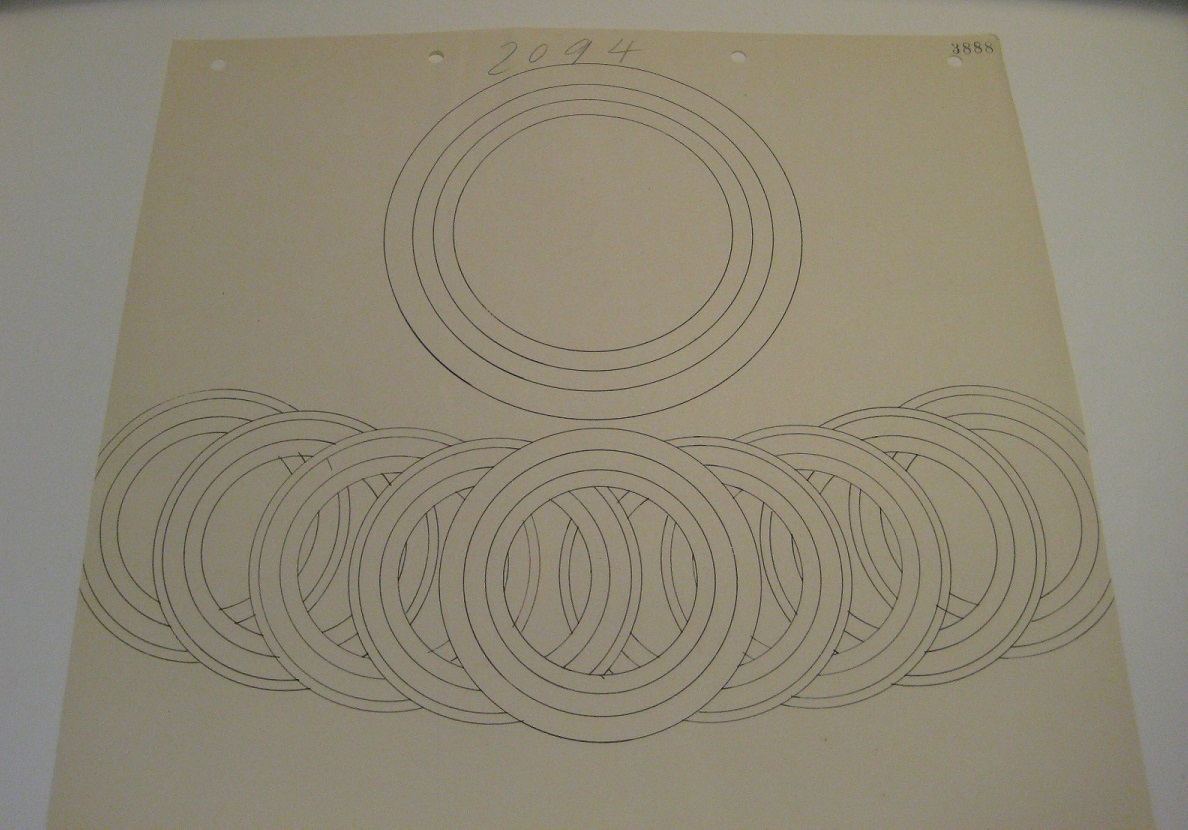 Study for the film Kreise (1933-34) by Oskar Fischinger, pencil on paper. © Fischinger Trust

An abundance of recently discovered materials not yet preserved or digitized exists, thus fundraising and grant writing are a constant part of the archive’s work to both preserve and provide access. Some examples of Fischinger’s unshot animation drawings were published in CVM’s recent book, Oskar Fischinger (1900-1967): Experiments in Cinematic Abstraction, and I’ll briefly mention a few other recent discoveries.

During Fischinger’s later years in Los Angeles, he drew, painted and constructed various experiments and tests on paper, cels, gelatins and other media which he never filmed. Some were with colored gels, punched for animation (example above). We could not identify the planned purpose for another multi-colored circular gel construction in a metal frame, until the preservation from negative of some 35mm film fragments revealed a very brief test by Fischinger animating this same object! Preservation can often unexpectedly solve identification puzzles. 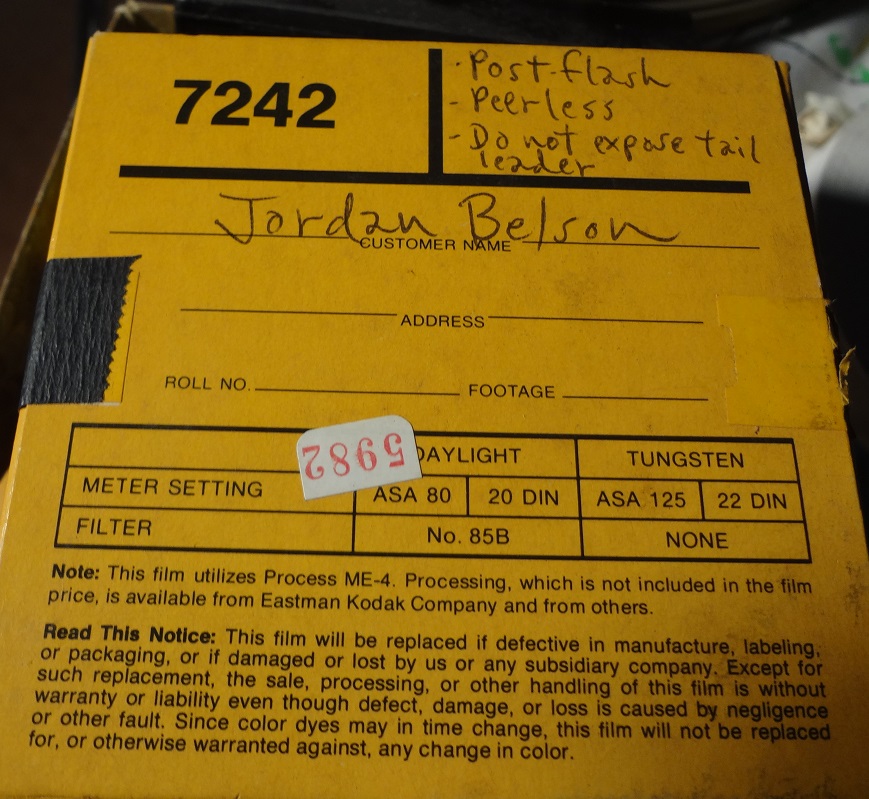 In CVM’s large Jordan Belson collection, removed from his studio after his death, there are outtakes from his special effects work on the Hollywood feature film The Right Stuff, plus numerous 16mm experiments, tests, fragments, a few test commercials, and even some unfinished and unreleased films (e.g. Quartet, Allah).

It is a multi-year project to inspect, catalog, preserve and digitize this type of material, often because grants are difficult to obtain for artists’ experiments and fragments. However, in 2016 a two-part Jordan Belson Retrospective screening program is planned to tour, which will include a small preview of this newly discovered material. In the meantime, one short test and a hand-drawn commercial are available on CVM’s VOD channel. If this channel becomes successful and proves a useful tool for educators, CVM will continue to add more rare material. At present, it’s only an experiment until more widely adopted (comments welcome from educators).

Cindy Keefer is an archivist and curator, and director of Center for Visual Music in Los Angeles. She is the co-editor of Oskar Fischinger (1900-1967): Experiments in Cinematic Abstraction (2013). Keefer recently restored and curated Oskar Fischinger: Raumlichtkunst, a 3 screen HD reconstruction exhibited as an installation at Tate Modern, the Whitney Museum and Palais de Tokyo, Paris. Keefer has restored dozens of short animated films by artists including Fischinger, Belson, Jules Engel, John and James Whitney, Charles Dockum, Mary Ellen Bute, Jud Yalkut, John Cage and others, and she produced the Fischinger and Belson DVDs. She has worked with Oskar Fischinger’s estate since 1997, and is a member of the Association of Moving Image Archivists (former Chair of its Access Committee). Keefer is currently writing a book on Jordan Belson and the Vortex Concerts.

2 responses to “At the Archive: Access, Preservation and Discoveries”