40 years after its release, G.N Sippy’s Sholay (1975) is still arguably the most influential Hindi film ever made. Sholay’s plot is inspired by popular Hollywood westerns, and particular scenes recall famous films of this genre, such as Once Upon a time in the West (1968), The Magnificent Seven (1960), and The Secret of Santa Vittoria (1969). But significantly, these influences are combined with a potently local sense of dialogue, comedy, song and melodrama, to create a rollicking film that is unique and hugely entertaining. Sholay stars some of Hindi cinema’s most renowned actors in iconic roles, and the film’s script by Salim Khan and Javed Akhtar is studded with memorable exchanges between characters.

Over the years, Sholay has emerged a cult classic.[i] Across the Indian sub-continent, its characters, dialogue and music have passed into popular imagination and memory across barriers of class and geography, a testament to the appeal of its irresistible ‘masala’. Moments from the film continue to inspire a range of creative works, from advertisements, promotional fillers on television and virals on the internet, to comics and T-shirt graphics. Caricatured versions of Sholay’s characters seem to migrate effortlessly across media from print to animation, playfully re-enacting the celluloid narrative in new hybrid forms. Audiences delight in recognizing the familiar faces and words, while parody and pastiche lend additional humour and sparkle to the old tropes.

Sholay’s plot is a simple one: Thakur, a retired police officer played by Sanjeev Kumar, is a heroic man who keeps the peace in the fictional village of Ramgarh. The notorious bandit Gabbar Singh, played by Amjad Khan, massacres Thakur’s family and cuts off his arms. Understandably, Thakur seeks revenge. To act as his missing arms and capture Gabbar, he hires Veeru and Jai, two small-time criminals played by Bollywood superstars Amitabh Bachchan and Dharmendra. In the course of the film, Veeru is romantically involved with the feisty Basanti, a local girl who is taken hostage among her other fearless roles, while Jai falls in love with Thakur’s widowed daughter-in-law Radha. So definitive were these roles that both these actor-couples married.

Animated or even illustrated parodies attempt to capture the spirit of the characters as well as iconic scenes from the film. For instance, one of Sholay’s most famous songs Yeh Dosti, is accompanied by visuals of Veeru and Jai on a motorbike and sidecar (figure 1). This shot has been referenced repeatedly. I provide here two examples from a vast array of retellings. The first still is from a promo for the show The Best of Shanivaar Ki Raat Amitabh Ke Saath (2010) on the television channel Zee Cinema (figure 2). Four years later an advertisement for Amul butter (2014) sees Jai and Veeru back on the bike and sidecar, with Basanti sitting behind Veeru (figure 3). Made just after the release of the 3D version of Sholay, the characters are now seen wearing 3D glasses. 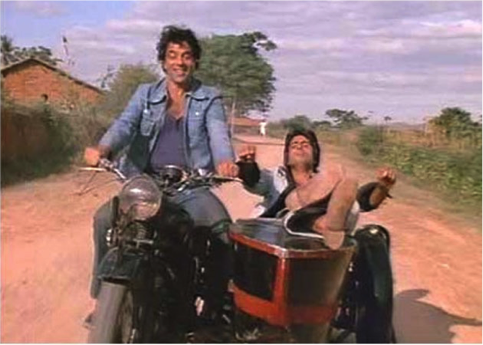 Figure 1: A still from Sholay (1975) with Veeru and Jai on a motorbike and sidecar 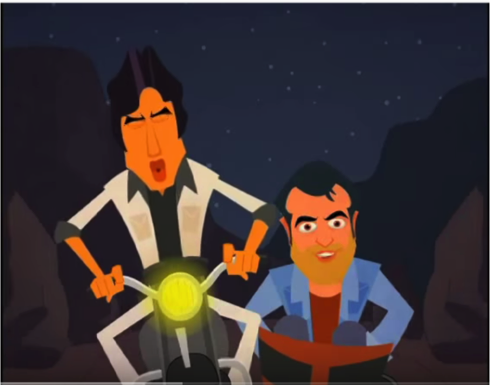 Figure 2: a still from a promo for the show The Best of Shanivaar Ki Raat Amitabh Ke Saath (2010)
for the TV channel Zee Cinema

Figure 3: An advertisement for Amul butter, 2014

Parody presents a potent combination of continuity and change. While animated remixes or mashups of Sholay rely heavily on nostalgia and homage, they are also imbued with a playful, self-reflexive dynamism. To quote Terry Lindvall and Methew Melton (1994) reflecting on the parallels between the medieval carnival and comic animation, such works are “deconstructive agents of their own artifice.” [ii] They reflect upon their own relationship to the original text they allude to, “exposing and dismantling the filmmaking process,” inviting the audience to be active participants in the creation of meaning.

Contemporary evocations of the vigilante Thakur provide further evidence of this phenomenon. In the original film, Thakur always has his torso covered by a shawl to hide the fact that he has no arms (figure 4). In an advertisement for a new series on Pogo called Sholay Adventures (2015), we see Jai and Veeru re-imagined as young superheroes, with the towering figure of Thakur, his shawl billowing like a cape in the background (figure 5). While Jai and Veeru have been transformed into children, in the figure of Thakur the new series retains a powerful image that still resonates with Indian audiences. 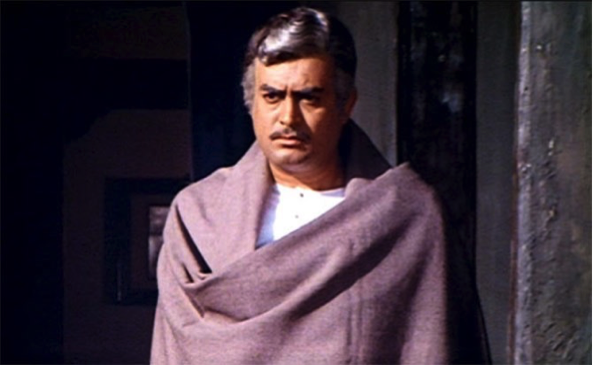 Figure 4: A still from Sholay (1975) showing Thakur in his shawl 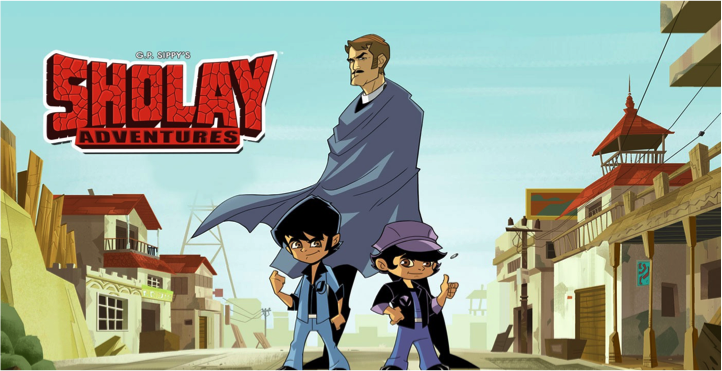 Figure 5: An advertisement for a new series on Pogo called Sholay Adventures (2015)

Take the character of the villainous bandit Gabbar, played by Amjad Khan (figure 6). In an internet advertisement for Orbit chewing gum made in 2011, animated versions of Gabbar and Thakur enact a hilarious altercation, a retake on scenes from the original film. Here Gabbar mocks the armless, slipper-wearing Thakur for having ridden way out into the wilderness and having forgotten his steel-tipped shoes, prodding him in the chest and taunting him to take revenge. The action shifts from Gabbar’s stained and crooked-toothed cackle to Thakur’s spontaneous instrument of revenge – the glinting white teeth he’s been grinding all this time. He bites down on Gabbar’s arm, sending him screaming into the sunset, while Thakur delivers the punchline “For you, even my teeth are enough,” and the tagline about chewing keeping your teeth healthy. Like the clown from the medieval carnival, animated parody enables subversive retellings, allowing us, the audience, to laugh at what was once a more serious situation. In their paradoxically re-affirmative ridicule of earlier versions, these animated retellings reveal the artifice of cinema and revel in its creative destruction. 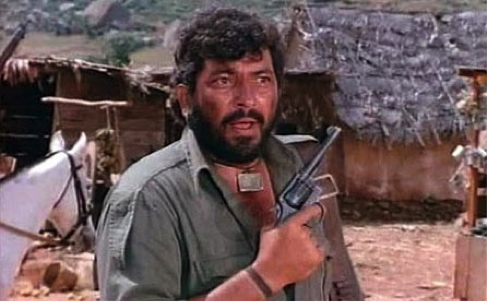 Figure 6: A still from Sholay (1975). Bandit Gabbar mouths off while his gang pillages villages 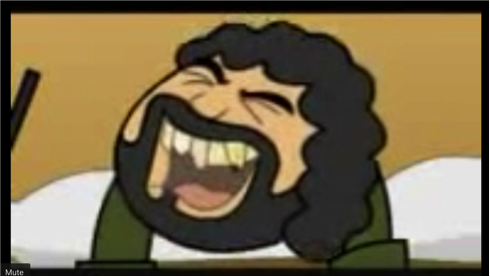 Figure 7: A still from the internet advertisement for Orbit chewing gum, 2011. The tip of Gabbar’s gun is visible in the corner of the frame, as he breaks into evil laughter

Gabbar’s famous opening line to members of his beat-up gang in Sholay — “Kitne Aadmi Thé?” (How many men were there?) — now seems to signal other questions: How many Gabbars, and how many Sholays have there been? How many will there be? As we watch the innumerable animated reincarnations of Veeru, Jai, Thakur and Gabbar, we are invited to laugh both at and with the characters, to recall the pleasure of watching the original film even as it is remade and re-imagined. Forty years later, Sholay lives on as animation and contemporary media forms playfully renegotiate their relationship with a Hindi cinema classic.

[i] For more details, see Anupama Chopra’s fascinating Sholay: The Making of a Classic. (2000).

[ii] From Terry Lindvall and Matthew Melton. “Toward a Postmodern Animated Discourse: Bakhtin, Intertextuality and the Cartoon Carnival.” (1994).

Anitha Balachandran is an animation filmmaker and illustrator from India. She’s currently working on an animadoc about an early twentieth century classical musician using a range of archival recordings and experimental image-making techniques. She has an MA from the Royal College of Art in London and is a graduate of the National Institute of Design in Ahmedabad, India. She teaches in the animation programmes at the Srishti School of Art, Design and Technology in Bangalore, and Jamia University in New Delhi.