In late 2007, the autumn before Iron Man hit theaters—before audiences’ first foray into the Marvel Cinematic Universe (MCU)—DC Comics released Superman: Doomsday, a direct-to-DVD, 78-minute animated feature inspired by the popular Death of Superman storyline. The film, starring Adam Baldwin as Supes, Anne Heche as Lois Lane, and Buffy alum James Marsters as Lex Luthor (slightly higher caliber voice acting than your standard Saturday morning fare), was rated PG-13 for its “action violence.” Screen Rant’s Kofi Outlaw opened his review of the film with the caveat that “Superman: Doomsday is NOT a Superman cartoon for the kiddies … On the contrary, [it] is pretty adult” (Outlaw 2008). Indeed, the DVD was presumably pitched at the very same audience members—mostly older than thirteen—who would pay to see Iron Man and DC’s The Dark Knight in theaters some months later.

More than enough people paid to see Superman: Doomsday—enough, at least, for Sam Thielman to cite the title in a December 2007 Variety piece on direct-to-DVD’s growing popularity, wherein he notes that the 600,000 units sold at that point were 30% ahead of Warner Home Video’s expectations (see Thielman 2007). Perhaps owing to that success, Superman: Doomsday became the first in a series of DC Universe Animated Original Movies, many based on prominent DC Comics storylines (such as All-Star Superman, The Dark Knight Returns and The Killing Joke), many featuring recognizable actors (e.g. Keri Russell as Wonder Woman in 2009’s Wonder Woman, Bryan Cranston as Lieutenant Gordon in 2011’s Batman: Year One or Nathan Fillion as Hal Jordan in 2011’s Green Lantern: Emerald Knights), and all skewing “pretty adult,” rated PG-13 or, in the case of The Killing Joke, R. As of summer 2017, the series comprises some thirty features, that is double the number of films in the vaunted MCU. And yet the successes of DC’s Originals pale in comparison to Marvel’s (or DC’s own) lavish live action tent poles. The website The Numbers reckons Superman: Doomsday’s sales at $12.4 million to date, which is for instance a fraction of a fraction of Suicide Squad’s $325 million box office take. The Animated Original Movies can scarcely approach the theatrical returns, let alone the theatrical distribution, of their live action counterparts.

This disparity is curious on a couple of counts, not in the least because animated movies, like superhero movies, are big business. The ten highest-grossing features in the U.S. last year included as many animated films (Finding Dory, The Secret Life of Pets, Zootopia, and Sing) as live action superhero films (Captain America: Civil War, Deadpool, Batman v Superman: Dawn of Justice, and the aforementioned Suicide Squad), which makes the lack of a crossover animated superhero film all the more glaring—and even more glaring considering the overabundance of animated superheroes elsewhere. DC, at least, is eager to maintain the distinction, offering only two “Movie Types” on its homepage: “Animation” and “Live Action.” 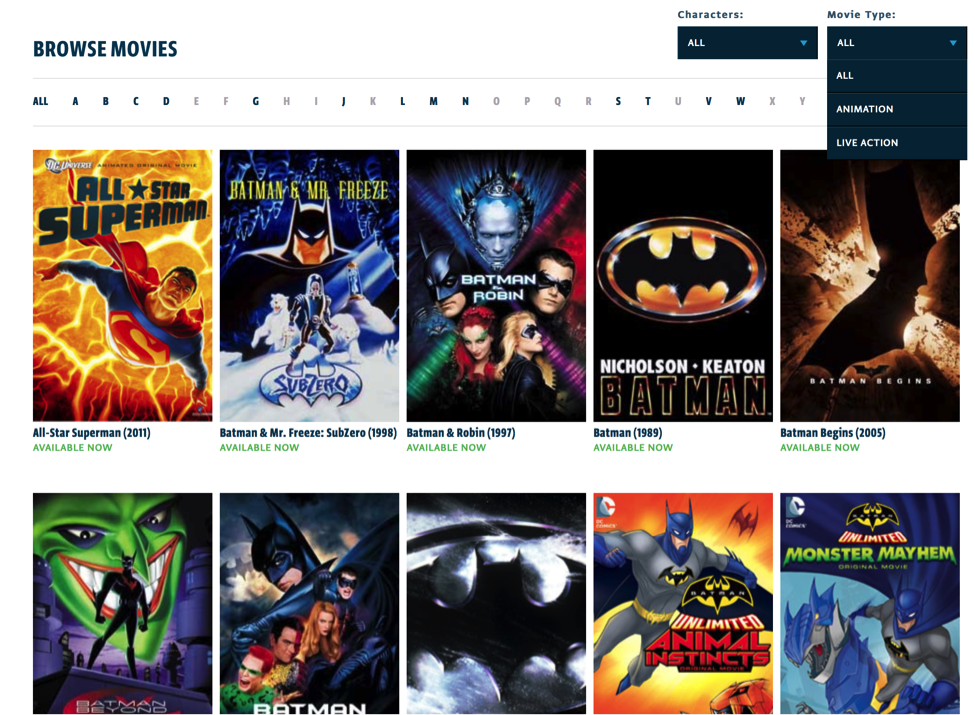 The fact that these two media are kept separate is especially curious given that animated features could presumably pretend greater fidelity to their comic book sources—and, as Liam Burke asserts in The Comic Book Film Adaptation, fidelity remains a paramount concern in the production of superhero movies (see Burke 2015: 131). In the aforementioned Variety piece, Warner Home Video senior VP/GM Jeff Brown himself asserts that “[b]y going to video first and not following a traditional ratings model for TV networks and not marketing to children, we could be more faithful to the stories” (Brown in Thielman 2007). So why aren’t more wide-release superhero movies animated?

Brown’s assertion suggests one possible answer to this question: that animated, direct-to-DVD (or VOD) superhero adaptations appeal to a narrower share of audiences precisely because they’re niche, free from both the constraints of network television and the expectations of wide-release, continuity-conscious studio productions. Direct-to-DVD superhero features also work against animation’s obvious association with juvenilia, an association that Malcolm Cook pinpoints in his post on the history of animated Supermen. Consider Outlaw’s sense in the Superman: Doomsday review that “sometimes a more adult tone is necessary for a story to be properly told. Even if it is a cartoon story” (Outlaw 2008). Counter intuitively, live action may provide the most “adult tone” for such cartoon stories.

Asking why animated superhero films are markedly less popular than live action efforts inevitably leads to more questions than answers. Cook’s post raises “the complex question of whether animation is a medium in its own right”. We might ask the same of live action or of adaptation. The increasingly cartoonish nature of superhero movies—see the painterly fantasia of Guardians of the Galaxy Vol. 2, or the otherworldly tableaux of the forthcoming Thor: Ragnarok—inspires the similarly thorny question of why we’re inclined to watch any given film as animated or as live action or as an adaptation in one case but not another, at one moment but not another. And, anyway, what are the stakes in labeling a given film in a way or in another? When, where, and why does animation or live action or adaptation become a determining category? 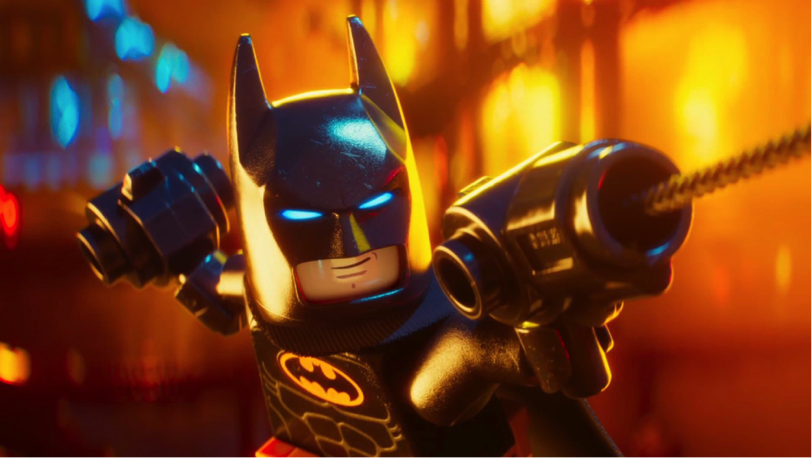 From The LEGO Batman Movie

These questions may only become more pressing for scholars of animation and adaptation as the two continue to converge in ever-popular superhero stories. Last summer, Warner Bros. and Fathom Events experimented with a limited, two-day theatrical rollout for the R-rated Killing Joke—an experiment that netted “an impressive $3.8 million” and a “sterling $2,396 per site average — well above $1,592 number for box office leader ‘Star Trek Beyond’” (McNary 2016). And the fifth highest-grossing film in 2017 so far is The LEGO Batman Movie, an animated superhero feature adapted as much from Batman as from the CGI LEGO Movie (see Sam Summers on the adaptability of the latter). This evidence presents a compelling case for adaptation and animation as one of the more dynamic duos in modern Hollywood. What to make of this dynamism? To the Batcave, scholars…

Kyle Meikle is an Assistant Professor of English and Communication at the University of Baltimore. His essays have appeared in Adaptation, The Journal of Adaptation in Film & Performance, and Literature/Film Quarterly. He is currently working on a book about adaptations in convergence culture.