Leave the door open to the unknown, the door into the dark. That’s

where the most important things come from, and where you will go.

The mechanics of animation as illustrated by the zoetrope and film shutter propose something quite extraordinary. The perception of motion is made possible by the predominance of gaps or interruptions in the sequence of images presented. Without these gaps, the illusion of motion does not work. 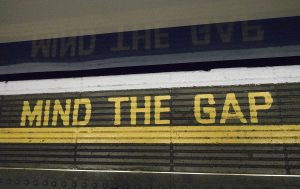 Fig. 1. Animation is where the mind and body meet. The movement-illusion is made possible by the dark spaces, or gaps, between still images in a sequence.

Gaps serve to interrupt images and occupy a proportionally greater duration than any image. The larger the gaps, the sharper our perception of the movement-image. In other words—the greater the darkness, the more we see. Animation and cinema base their illusion of continuity on discontinuity, a worthy paradox for practitioners of animation and philosophy alike.
The existence of the visible in this case is thus predicated on the necessity of the gaps, or absence of the visible. This serves as a rich metaphor for our own implication in the construction of meaning, and the association with the preoccupations of philosophical dialog throughout history is difficult to deny. Through this philosophical lens, animation, like philosophy, religion, and mythology, could be said to be the art of constructing meaning out of the unseen. It is a medium where questions of being, non-being, mortality, immortality, illusion, and reality are envisaged. As such, animation’s opportunity to explore the unseen and construct meaning out of darkness becomes a form of applied philosophy. The invisible and the darkness become a formal material of animation.

A similar idea is often repeated with regards to music: “Music is the space between the notes”[1]. This definition, too, focuses on the relationship between one bit of sensory information to another through time and space, suggesting that a purposeful manipulation and experience of the spaces between the notes, beats, measures, and movements is more important than the individual “units” of sound themselves.

Fig. 2. McLaren’s definition of animation is reminiscent of the idea that “music is the space between the notes.”

Of course, this idea is not new to animation. Norman McLaren famously defined animation as “the art of manipulating the invisible interstices between frames”[2]. In such a definition, animation may be considered the practical extension of core philosophical notions relating to time, relativity, reality, mortality, mythology, and movement.

Additionally, the etymology of the word “animation,” deriving from the Latin anima and meaning soul or spirit, provides further evidence of its connection with major conversations in philosophy. Animation serves as both a mediated death and an ersatz life. The construction of the movement-illusion in the mind, based on the peculiarities of the body’s perceptual mechanism, is how images are said to be “brought to life,” much like Shelly’s monster[3]. Animated images prompt us to consider and explore the limits of creation, reality, and mortality. It seems no coincidence that the early animators showed their hands in the creation (and sometimes destruction) of their animated characters, representing themselves as “gods” of an infinitely regressing and simultaneously expanding universe where they could (as did Max Fleischer) breathe life into form and become the ultimate arbiters of life and death. Animation’s vexed relationship with truth and its formal composition allows the artist/philosopher to work in an applied practice of philosophy, where questions of reality, mortality, illusion, relativity, space, time, and the unknown can be explored and manipulated as materials.

Fig. 3. Animators may avoid the pitfalls of focusing merely on the surface elements by paying close attention to the importance of the spaces between images.

From such a philosophical framework and for practical purposes, what are often referred to as the “principles of animation” (Disney posited twelve) may benefit from a revisiting to account for the formal elements and materials responsible for the illusion itself. Such a set of principles might include, for example, time (the only principle arguably in common with Disney’s ‘timing’), the gap or caesura, framing (as semiotic contextualizer), decision (free will, illusion or otherwise), relation/relativity, the invisible, space, and perception. Such a list of principles might serve to also unlink animation from its cartoon pretext and reconnect it with its core elements, thus freeing it towards new modes of seeing.

Animation’s origins are found directly in scientific and philosophical inquiry. Early animation devices were called “philosophical toys” and scientists such as Joseph Plateau and Étienne-Jules Marey were concerned with physiology and perception when inventing their processes meant to synthesize time and display an illusion of movement. Marey was particularly disinterested in the entertainment possibilities of his discoveries feeling that chronophotography and the optical devices used to portray movement were best suited to scientific inquiry[4].

But animation’s contemporary association with entertainment too often obscures its practical philosophical opportunity. And admittedly, pairing animation with Bergsonian notions of reality and movement may lose audiences immediately. The complexities in the concepts of Merleau-Ponty, Deleuze, and others — often made worse by translation — may not provide a welcome entertainment to the marketplace at this moment in history. This situation is not helped by the lack of clarity and broad disagreement on the very definition of the term “animation” and the stubborn insistence that it be often classified as separate from other forms of moving media.

In considering animation as applied philosophy, perhaps animator-philosophers may find access points through which new modes of thinking about the moving image can be discovered. By focusing on the formal constructions of the illusion rather than its product, animator/philosophers can explore time, memory, immortality, and context through an examination and manipulation of the theoretical, the invisible, and the unseen. Constructed out of bits of sensory information and darkness, animation is both literally and metaphorically a place where mind and body meet.

[1] It is attributed to various composers such as Claude Debussy, Wolfgang Amadeus Mozart, John Cage, and Miles Davis.

6 responses to “Mind the Gap: Considering the Practice of Animation as a Form of Applied Philosophy”