This post is going to make a speculative claim and then ask a speculative question. The claim is that we can think about animation as a type of performance. The question is that if we do so, then what can performance philosophy offer animation studies? 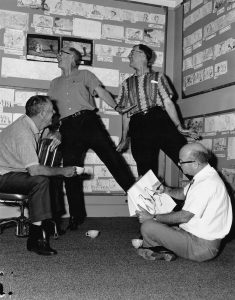 Fig. 1. Frank Thomas and Ollie Johnston ‘acting out’ the penguins for Mary Poppins (1964, by Robert Stevenson).

I have suggested elsewhere that a fruitful way to approach animation history and studies is through the lens of performance.[1] Most obviously, performance is visible in much animated media – from the early animators who appeared in whole or in part in their films (think of J. Stuart Blackton, Émile Cohl, or Winsor McCay) to the more recent debates around the creative ownership of motion capture characters.[2] But performance is a spectre that is present in all animation. Animators who work in all forms and techniques, but most often in character animation, frequently talk about acting being integral to the process of animating.[3] Donald Crafton considers animated characters as performers in his 2013 book Shadow of a Mouse. More than this, however, if we think of performance as the process of something coming into being in the present moment, then the concept of performance underlies all animation, which only becomes moving image at its moment of projection.

Performance philosophy is a relatively new field that seeks to move away from applying philosophy to performance or using specific performances to illustrate philosophical ideas.[4] Instead, it seeks to think about performance as a type of philosophy, or, rather, to think through performance. While this notion can at first feel quite evasive (and I can by no means do justice to it in the space allowed here),[5] it is also provocative. Instead of attempting to reduce performance to an essence, or simply applying an existing philosophy to an example of performance, performance philosophy rejects hierarchical structures of knowledge, ones to which animation is also often subject (i.e. because performance and animation are relative newcomers to academe, they are lower on the totem pole and therefore subject to the application of ideas from other disciplines). It also resists essentialising performance. This is particularly appealing for animation studies, I think, because one of the challenges to animation theory is the sheer multiplicity of the form. How can one think collectively about something that includes South Park and the works of Jan Švankmajer, Aardman and Anime?

Moving away from the application of overarching theoretical paradigms is appealing to me because I have never been sold on any one theoretical methodology or framework. This has prompted me to question the possibility of animation philosophy. Of course, such questions have already been asked of (live action) film and film philosophy has sought to reject the simple application of philosophy to film in favor of thinking about how film is itself a form of philosophy.[6] However, I wonder whether the route to animation philosophy is in fact via performance philosophy, rather than film philosophy. That is, thinking about how animation comes into being (rather than what it looks like) and how it brings into being, and into animation, its heterogenous materiality.

The challenge is what this actually looks like in practice. How would one do this sort of animation philosophy? Performance philosophy is integrally linked to performance practice and grew out of questions surrounding practice-as-research. As in, it approaches performance as a type of philosophy and philosophy as a type of performance. It considers how performance itself thinks, rather than how one might think about a performance. These are slippery ideas to grasp, ones that entail, to a certain extent, letting go of the assumption that only humans can think or that thinking requires language. The evidence of such philosophising is, according to Laura Cull, through the extent to which a performance ‘provokes new forms of making.’[7] How might such philosophising take place in, through and with animation? Is it something that can only happen in the moment of making animation (and if so, does this apply to all types of animation)? Or can we also think of the moment of animation viewing as a type of performance too? It might be that these terms are too vague, and indeed Cull has acknowledged the challenge that by embracing the idea of performance philosophy one is in danger of diluting the notion of ‘philosophy’ to the point that it means everything and therefore no longer means anything.[8] However, these are questions I am interested in exploring further in thinking about animation, theory and philosophy.

[5] The following offers a useful introduction to the field: Cull, L. & A. Lagaay (eds.) (2014), Encounters in Performance Philosophy, London: Palgrave.

One response to “Animation as (Performance) Philosophy”