The project Silent Signal, initiated by Animate Projects, funded by a Wellcome trust arts award and working with animators and scientists, is working on a number of collaborative projects using animation to explore scientific enquiry. I have been working on research and development for a film project called ‘Loop’ with Dr Serge Mostowy and colleagues in his lab at Imperial College London, who primarily use zebrafish models for their work in microbiology. The zebrafish is a useful model for working with because the natural translucency of its larvae enables non-invasive imaging of individual cells and microbe-phagocyte interactions at high resolution. The use of the zebrafish, therefore, is all about visibility and evidencing the processes involved.

Exploiting this, Serge’s work can potentially examine the biogenesis, architecture, coordination, and resolution of septin cages as they limit the damage of pathogens in the host organism’s body. However, the theory that Serge and his colleagues have developed about the way in which septin cages are assembled and disassembled has never been visually captured. This throws up some issues about the intersection between visible evidence (albeit not by the naked eye but mediated through stereomicroscope, or epifluorescence / confocal microscope) and theoretical / imaginative leaps.

Using animation to represent documentary content disrupts, challenges and subverts some fundamental aspects of the way that we receive documentary film so the faux-objectivity of, for example, scientific diagram or authoritative voice over can be used to replace the indexical markers of authenticity with the familiarity of the symbolic (diagrammatic / pedagogic). I found the gap between the theory of septin cage assembly and the evidence of the method of its construction a fascinating one and wanted to play with this area of conjecture and uncertainty, dismantling the diagrammatic paradigm in favour of a more subjective and provocative one.

Based on ideas developed for my PhD on collaborative methodology I got the scientists in the lab to separately describe and then draw the septin cage assembly process and indicate how they think that it occurs. The drawings they made were intriguingly different from each other as each scientist visually articulated their individual perspectives on a process, which can be indexically evidenced (we can see the septin cages once assembled do exist), but has not been photographically captured in the process of being made (how do they get there?). Each of them brought their training, background, interests, drawing confidence and character to bear in their representation of the construction and demolition of the secret architecture of the septin cage and I found the diversity of images a revelation in the way they each related to the process. Hopefully the Silent Signal projects will be continuing later this year and I look forward to working further on this project in the future. 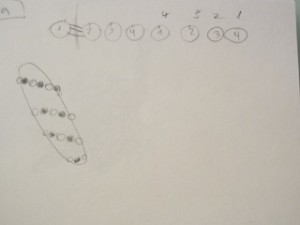 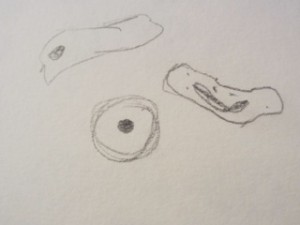 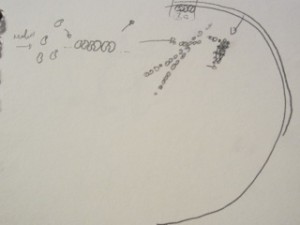 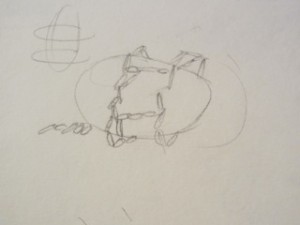 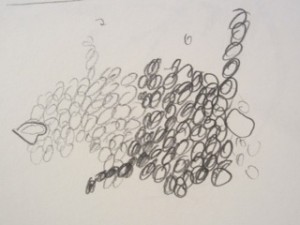 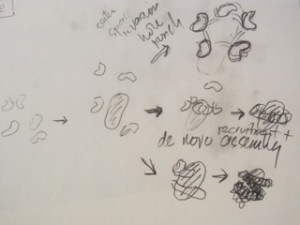 Samantha Moore is an award winning animated documentary maker and researcher. She is passionate about the ability of animation to convey reality in a new and surprising way. Sam is completing a PhD by practice about animated documentary and the way it represents interior brain states.

Her animated docs include; Success with Sweet Peas (2003), doubled up (2004) for Channel 4 television and Arts Council England and The Beloved Ones for the UK Film Council and Screen WM, all of which have screened and won awards internationally. In 2010 she made An Eyeful of Sound, for the Wellcome Trust, about synaesthesia.  Amongst its awards was one “for Scientific Merit” from the journal Nature at the Imagine Science Film Festival in New York. In 2013 she finished Shadow Stories for Shrewsbury Art Gallery and Museum, a short film commissioned for their pre-historic gallery.

Samantha teaches animation at the University of Wolverhampton and is studying for her PhD at the University of Loughborough. She has published several articles on her research and has given lectures on her work including to the Royal Institute of Australia and a keynote talk at the American Synesthesia Association conference. Her current practice is about prosopagnosia (face-blindness) and phantom limb syndrome.

One response to “Secret Architecture – the construction of ‘Loop’”