Despite an increasing awareness of sound design many filmmakers still neglect sound’s potentials, particularly within early-stage development.  Sound is treated as an enhancer of the image, its value more cosmetic than narrative or aesthetic.  Conventionally the sound designer comes onboard in postproduction, which negates participation in development.  Sound is an afterthought. This limits the narrative-aesthetic potentials, and therefore the success of a project.  I propose the answer to ‘the sound problem’ is greater sound-image collaboration through the utilization of preproduction materials, which could extend to any audio-visual art form:

This extends previous research from the perspective of postproduction, incorporating long form and more complex projects. 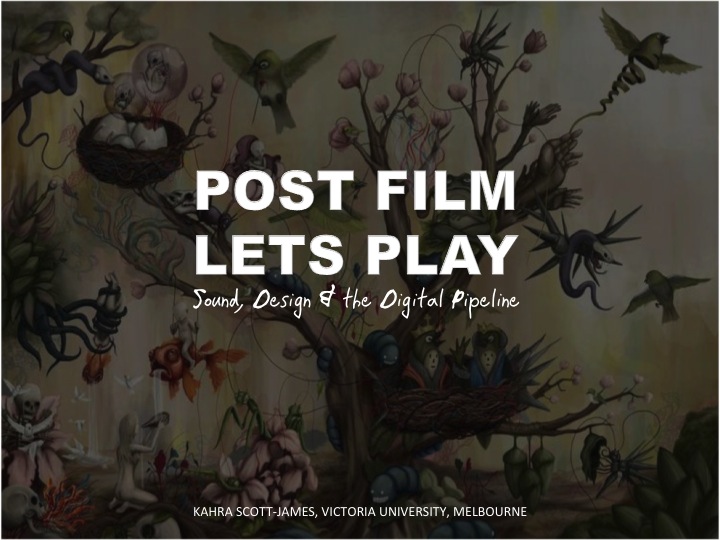 Expanding mediums and platforms have created new possibilities for storytelling.  A film can be a game, an app, a broadcast or web series.  However, while technology has advanced, audio workflow methodologies have not.  Film and game sound designers experience similar problems.  Once a film has been shot or a game animated, sound can only react to pictures, not interact with them.  In later stages of production making changes is expensive, often prohibitively so, especially for independent content creators.

Independent filmmakers and game developers both strive to create engaging story experiences. Despite the obvious linearity differences between a film and a game, many console games are becoming progressively ‘cinematic’ or ‘narrative’ in design.  Conversely, films are increasingly nonlinear.  Why continue with the traditional linear workflow of preproduction, production and postproduction?  How could a renegotiation of audio-visual production methodologies address common postproduction issues?  Could primacy in sound design and greater collaboration with visual design processes result in:

My ongoing research is a series of sound design projects, which are tools to re-imagine the audio-visual production process. Through analysis and reflection on these projects, I will propose an alternative production methodology: 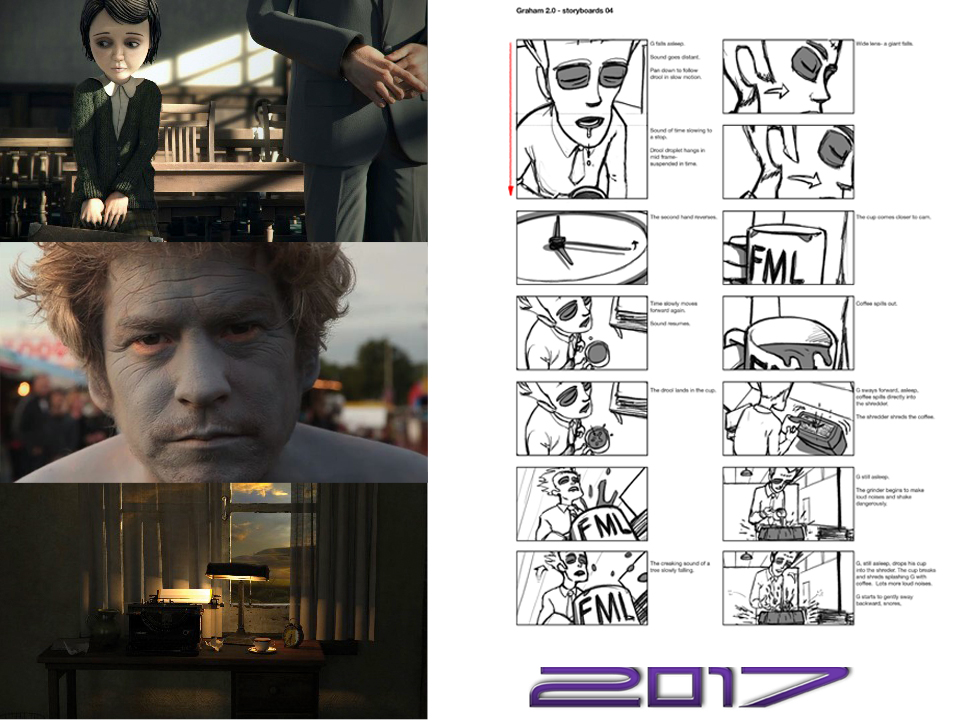 Graham 2.0 is the next installment (of Man’s battle with the Machine) 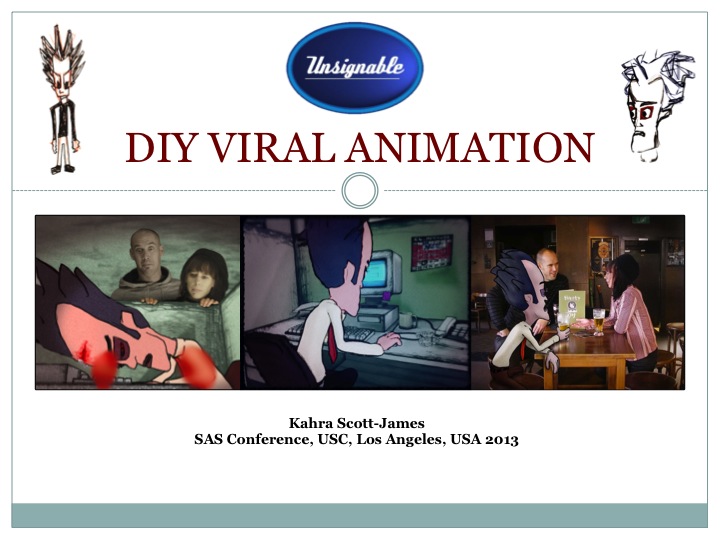 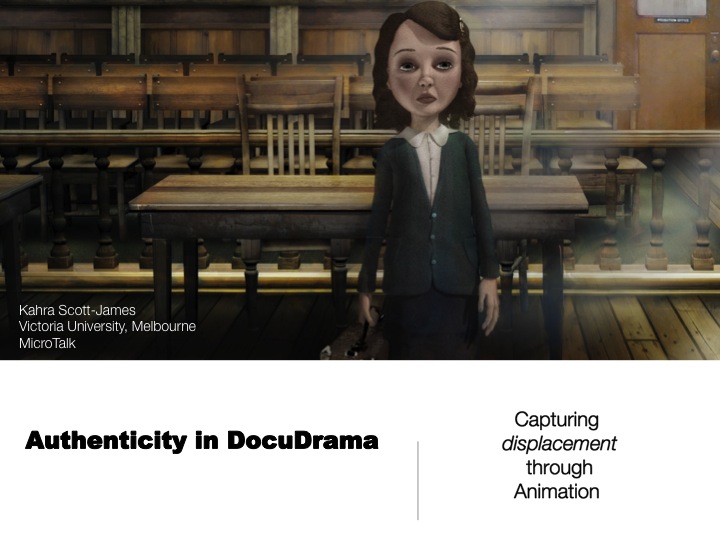 (All images and clips are copyright Kahra Scott James, 2014.)

Kahra Scott-James is a sound designer and has been involved in the media, arts and entertainment industries for a number of years.  Screen credits range from short films to features, interactive movies, television series, animation, documentary and games.  Her work has been screened in a number of international festivals, with film and television awards from Denmark, Singapore, Korea, NZ, Canada, USA, and Germany.  Kahra holds an MA (Audio) from the University of Westminster in London, an MFA (Production) from the University of Melbourne and is currently undertaking a PhD at Victoria University.  Kahra’s professional experience includes working for 3D interactive movie creators Brilliant Digital Entertainment and managing a production studio for several years.  She has lectured across NZ, Australia and Ireland in sound for film, animation, digital media and games.