Traditionally, the straight ‘man’ in stand up comedy or sitcom gives the eccentric character a presence to play against.  It has long been accepted as an essential part of the process.   As Mel Brooks has noted, “Well the straight guy is never given enough credit….(Bud) Abbot gets no credit for framing a gag, for the architecture, for the support, for the drive.  He does everything except the punch line; he’s amazing.” If all or both characters were larger than life, they compete rather than compliment.  Would scripted comedy work without this element or is it an essential part of the process?  As a comedy writer myself, I have always been aware of this but it wasn’t until I created my latest piece of work Homesick starring Alison Steadman that I realized how important it is.  Homesick is a half animation and half live action pilot for a comedy drama series about a dysfunctional family.  The main character, Jane, left home to avoid being part of this family. There is a death in the family and after four years of being away Jane feels obliged to come home for the funeral.  Jane has reinvented herself and left the past behind or so she thinks.  After only ten minutes of being back in the bosom of her family her buttons are pressed and Jane reverts back to the Jane she once knew and hated.   Homesick is a comedy about a single parent family with strong female characters but in retrospect there are no “straight” characters.  The difference in pace and timing between the live action and animation isn’t noticeable so the film is just too loud.  There is no space to frame the gags so the audience isn’t given the time for the joke to work.  Having the confidence to leave space or have ‘down time’ in scripted comedy is essential and without it, it just doesn’t work.

For many comedy writers, space, or down time is an essential part, and most scripted comedy will include this component in some way.  ‘The Office’ is filmed in a very straight way and the only over the top character is David Brent.  His behavior is believable because it is framed against a very realistic setting.  I then started to look at animated series, and how the straight character was used in this format and I noticed they nearly all had one thing in common – it is usually played by a women and in adult animation it seems to be reserved for the mother character. Think Marge Simpson in The Simpsons, Lois in Family Guy, Wilma in The Flintstones or even Mummy Pig in Peppa Pig.

This led me to question, why is it funny to watch a woman being the voice of reason against an illogical and over emotional man?  Is it funny because it is true?  Or is it because it is a given that men are organized and in control and women are hysterical so to see the reverse is ridiculous and funny.[1]  Is this a reflection of society today or is it in fact a reflection of the hierarchical sexist structure of the animation industry today?

There are few series that don’t have this set up; for example Pond Life by Candy Guard, and Crapston Villas by myself.   Pond Life is about a female protagonist Dolly Pond and her need to get away from the ‘Pond’ she feels she lives in.  Dolly is funny, rude, and real.  She is well observed and portrays women and their issues in a very honest way.  Crapston Villas again features a range of interesting strong female characters; Marge Stenson is a single parent with children from different fathers, Sophie Cross is a frustrated career woman, Flossie Gluck is a naïve  out of work actress just to name a few.  None of the women in either of these animation series are concerned primarily with their looks or feel happy about holding the fort at home. Both these shows are written by women and are reflections of how women see the world. 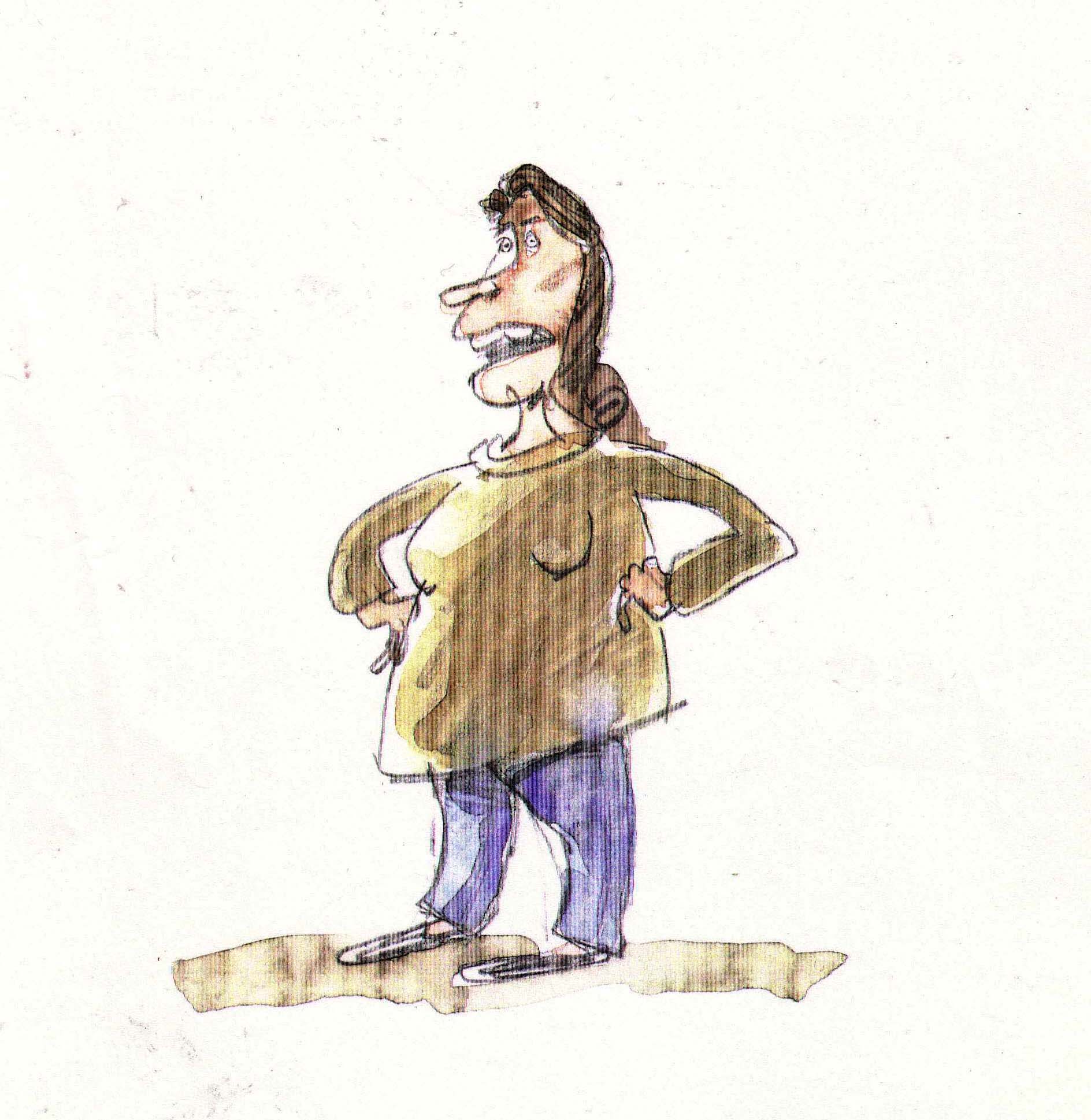 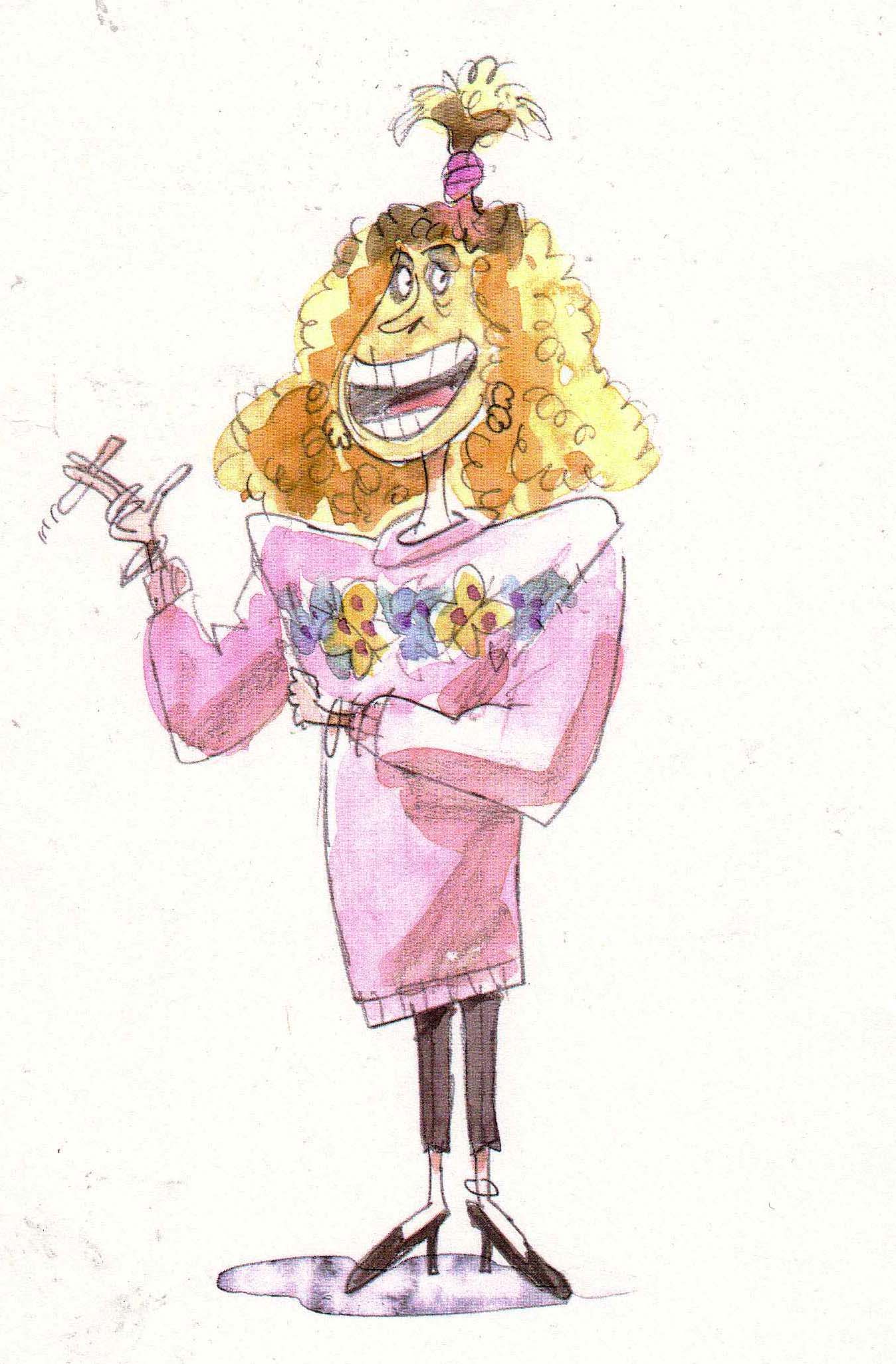 After a bit more research I realized there are very few shows created by women at all regardless of the genre. There are more shows created by women for children but the bastion of adult animated comedy seems to be reserved for men alone.  Is this a reflection of what roles or genres are allowed for women to excel at?

This made me wonder why there is a gender gap in the animation industry.

Why is it that most animation is still scripted and directed by men, and how does this cater for the female experience?  Women make up half of the population so where is the female voice in relation to the adult animation industry today?   Live action TV comedy and stand up seems to have many larger than life funny female characters.  Think Mindy Kaling, Amy Poehler, Sarah Silverman, Rosanne Barr, French and Saunders, or Debra Digiovanni.   Where is the equivalent of these female voices in the animation industry today?   Adult comedy writing is still a boy’s club but women are making their mark here…lets make our mark in adult animated comedy too.  Come on funny animated women.  Lets hear from you.  If enough of us keep knocking on the door they will have to open it.

Sarah Ann Kennedy is course leader of BA and MA Animation. Before graduating from the RCA she sold her first year film to Channel 4. She went on to have her own series on Channel 4 called Crapston Villas. She has won various awards for TV and is the voice of Nanny Plum for Bafta winning Ben and Holly’s Little Kingdom and Miss Rabbit in Peppa Pig.

One response to “Is the straight role in comedy essential and why is it usually played by a woman in animation?”