Animation can be a powerful way to introduce young people to media making. As Yvonne Andersen (1970: 9) notes, “it is dynamic enough to stimulate them and yet easy enough for them to handle.” For several years, I have been visiting elementary school classrooms as a teaching artist to make animated films with young people. I set up my “Sloppy Films Animation Station,” an HD webcam hooked up to a laptop computer running Dragonframe Stop Motion software. The laptop is connected to a large display or a video projector so that the students can see right away what they are animating. I hang the lightweight webcam from the ceiling so that we can use either the floor or a large table as our animation stand. Dragonframe comes with a USB-connected remote control which allows the students to control the basic animation functions directly. 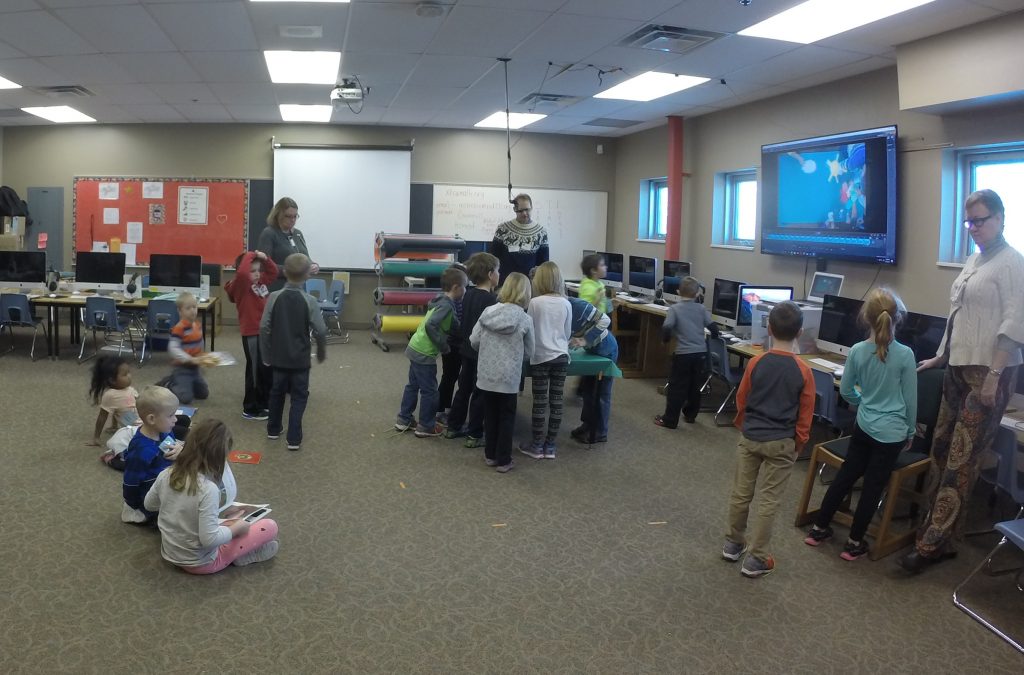 Animating on a table with kindergarteners.

I began animating when I was nine years old after I was given a used 8mm movie camera. After making many mistakes, I figured out how to expose and animate the paper cut-outs that I drew and coloured. It was like magic to make them come alive. I keep my early animation experiences — and especially the lessons I learned through making mistakes and reflecting on them — in my head as I work with young people to create stories, build puppets and props, animate them, and record  the soundtracks to make a short animated movie.

When I go into a class for the first time, I set up the camera so that a large space on the floor is our animation stand. I set a chair on its side on the floor so that the base of the chair is on the bottom of the image area. I then invite one of the students to lie on the floor, in such a way that it looks like he is sitting on the chair. Finally, I slide them into different spots and photograph them. When the frames are played back, the students see one of their classmates seem to rocket up into the air on a chair. Students are able to see right away the similar frames of reference of the animation area on the floor and the screen space, and how the relative nature of up and down in those two spaces can be exploited to make the impossible easy. 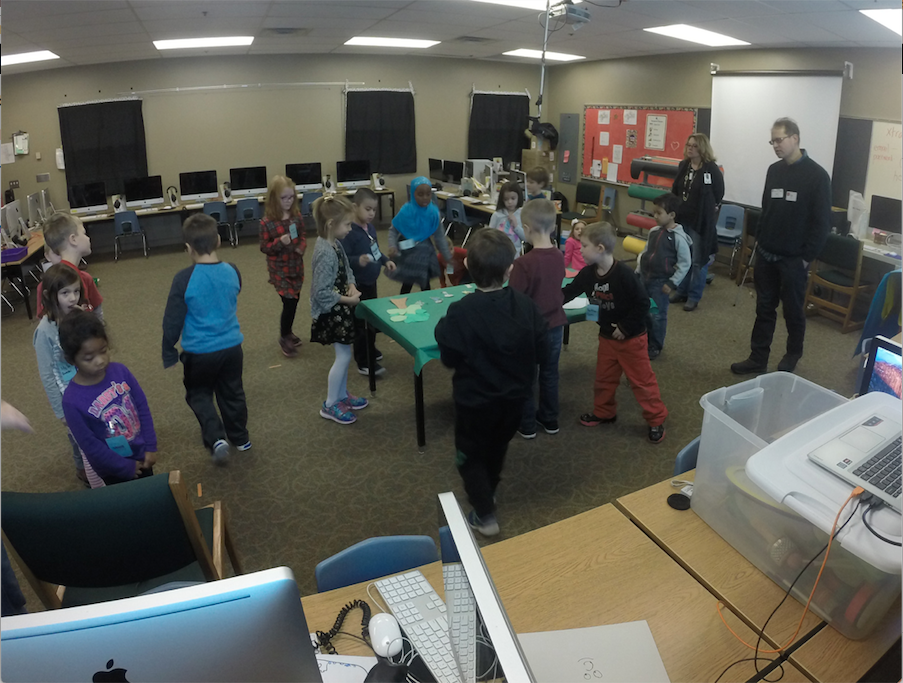 Animating on a table with kindergarteners.

Through experimentation and reflection guided by me, the students learn how to animate. With projects like the chair animation demonstration, we shoot, play back and discuss the animation work and talk about how to change attributes like speed, trajectory, and even easing to make the animation more successful. 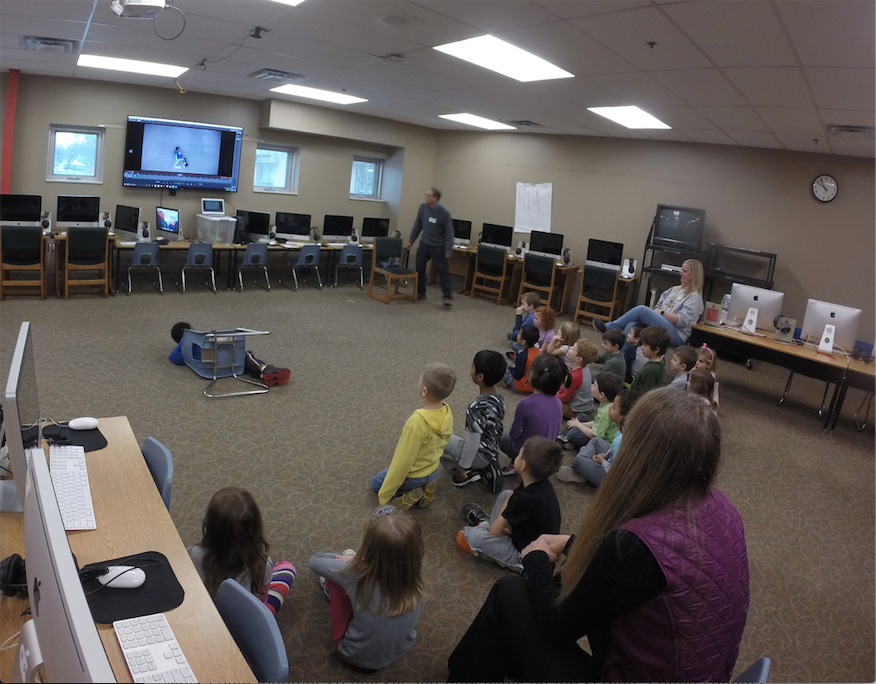 Demonstrating floor animation with a chair.

The large scale stop motion animation activity that I bring to the kids gets them moving around and staying active, which helps engage them in the slow process that is necessary to create an animated movie. They also build skills working as a team, as some students move props while others direct and take the photographs. We make our animated films in sequence, from beginning to end. When we have finished animating, I ask the students to create sounds and voices as well as music that I record for the soundtrack of their film. Students are challenged by the patience required to make movies one frame at a time, but they also enjoy the reward of seeing their work come together so quickly and effectively on the screen. I often conduct exit interviews with the kids, and find that many of them have a new ability to talk about how animation works and have caught that enthusiasm for the magic of animation that I had as a youth.

John Akre is an animator, videomaker and teacher who lives in Minneapolis, MN, USA. His cartoons have shown at film festivals all over the place. He creates stop motion animation at public events in the Twin Cities and teaches in Minnesota schools and summer programs. He is an adjunct instructor at Hamline University in St. Paul, where he teaches animation in the Digital Media Arts Program. He also organises an annual Minneapolis animation festival called MinnAnimate. For more information, visit www.JohnAkre.com.