In 1997, the year Blue Sky Studios celebrated its tenth anniversary, I had the opportunity to interview some of the company’s founders at its then headquarters in Harrison, New York. At that time, Blue Sky had already begun working in film but was better known for its creative commercials. The complete account of my visit to the studios can be found here. What follows is, instead, an overview of the research and work behind some of the company’s early commercials.

The group that founded Blue Sky Studios met at MAGI/SythaVision while they were working on Disney’s Tron (1982). The then company’s president and CEO, David Brown, had been a marketing executive with CBS/Fox Video, and Alison Brown had worked in advertising and special effects. The firm’s creative director, Chris Wedge, had practiced and taught animation. The final members of the group, Eugene Troubetzkoy and Carl Ludwig, developed the proprietary software and renderer that gave the company’s commercials their distinctive look. Troubetzkoy held a Ph.D. in theoretical physics and Ludwig had worked as an engineer at NASA. Like their contemporary Pixar, Blue Sky’s staff built on sophisticated scientific research to develop the company’s distinctive approach to animation.

In particular, Troubetzkoy and Ludwig focused on how light rays interacted with everyday objects. Like the Impressionist painter Claude Monet and his studies of haystacks, Troubetzkoy and Ludwig analyzed how objects appeared under a variety of lighting conditions, from bright to shady, under clouds or underwater, and wrote software to mimic these conditions in a computer. Blue Sky’s trademark software CGI Studio also defined the material properties of an object, its density, transparency, and degree of reflectivity, and how these elements would be affected under different light conditions. Blue Sky’s patented renderer then combined this information to model that surface texture onto an animated object in a process the studio called “ray tracing”.

By 1997, Blue Sky had created over 200 commercials for clients that included Chrysler, M&M/s, General Foods, and Texaco. Most recently, the company had developed a spot for Pepsi in which three ornaments repelled down the Christmas tree to drink a can of Pepsi that had been left for Santa. The clip recalls a scene of Pixar’s Toy Story (1995, by John Lasseter) and, in fact, Pixar had recommended Blue Sky to Pepsi when it stopped making commercials to concentrate on feature films.

At that time, Blue Sky’s commercials had also begun to illustrate how inanimate CGI objects could possess personalities. In a commercial for Chock Full O’Nuts coffee, an animated coffee bean speaking in a Texas drawl paid exaggerated compliments to a hostess for her creative menu: artichoke hearts in hot fudge sauce, butterscotch pepperoni soufflé. The bean’s flattery illustrated the idea that this coffee was so smooth it could “complement” any meal. Blue Sky’s commercial for Bell Atlantic featured a telephone cord whose plastic connector became an anthropomorphic head. The cord, nicknamed “Jack” by the animation director, acted out the various services the phone company offered, tapping its “foot” to illustrate Call Waiting and splitting into three prongs to demonstrate Three-Way Calling. Like its other commercials in this period, and like Pixar before it, Blue Sky’s animation demonstrated how everyday objects could become characters that awakened viewers’ interest and emotions. 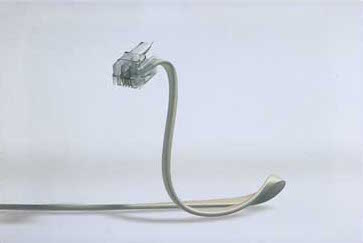 Looking back at Blue Sky Studios in 1997 provides a window into the financing and production structures that enabled animation studios to finance their feature work through commercials. Blue Sky worked closely with ad agencies that commissioned its work; clients approved the basic concept for a commercial and the scripts and storyboards that followed. At times, Blue Sky had to convince agencies that preferred stop motion or puppet animation of the value of its approach. Even then, though, Blue Sky understood the promise of CGI for narrative films. The company had just completed the MTV short Joe’s Apartment (1996, by John Payson), in which thousands of roaches perform ballet and sing “Funky Towel.” Very soon after, Blue Sky would have completed the CGI sequence for Alien: Resurrection (1997, by Jean-Pierre Jeunet) and launched its career in Hollywood.

Susan Ohmer is Associate Professor at the Film, Television and Theatre Department of the University of Notre Dame, where she teaches classes in film and television history and culture. Currently, she is completing a book on the Disney Studio during the 1940s.