I want to compare the path of interpretation of stop-motion films, which takes into account invisible meanings conveyed by visible and indirectly tangible material features of puppets, with the set of tools theorized in the field of product design in the analysis of material aspects of artifacts.

Stop-motion animation is a material medium, in which spectators visually experience real objects manipulated in the “beyond the screen” dimension. Alongside the issue of the invisible – but still recognizable – presence of the animator, I consider another concept of invisibility conveyed by this technique. “Invisibility” is a quality possessed by memories evoked by the materiality of animated puppets. Invisible memories are narratives that run parallel to the principal one and are conveyed by both visible features of the matter itself (i.e. traces, texture, and physical behavior) and intangible aspects concerning the anthropological dimension of materials.

In the attempt to interpret this narrative dimension performed by matter, numerous researchers in the field of design have, in recent decades, questioned themselves about the possibility of building matrixes of meanings conveyed by material in both sensory-emotional and anthropological dimensions. In the introduction of the book Ingredients, Chris Lefteri recognizes the fundamental role material qualities play in arousing feelings and memories. He writes: «the materials have taken on a role that is not just about basic physical and engineering properties. Materials now perform a role that is in a sense invisible [and] based more on an emotional level» (Lefteri, 2007: 4).

Alongside the emotional one, the anthropological dimension of materials has been largely recognized in design studies in the research conducted by Frida Doveil (1998), Eleonora Fiorani (2000), and Marinella Levi and Valentina Rognoli (2011).

These anthropological perspectives become tools of interpretation of invisible memories conveyed by objects. Puppets are, by their very nature, inanimate objects, pieces of lifeless matter, with a tangible presence recognized by the audience. The physical nature of these objects has suggested paths of analysis that rely upon the relevant role of the material dimension in the visual experience of the film. Indeed, the idea of invisible meanings conveyed by materials is not new in puppet animation, and the material features become meaningful aspects to reach new dimensions of interpretation. In Understanding Animation, Paul Wells argues for a non-randomness in puppet makers’ choice of materials for their puppets, because each material can recall memories and a specific context. He suggests considering the tangibility of clay, the hardness of stone, the fragility of china, and the living essence of wood «narrative imperatives» of animators’ work, and key elements in the construction of «particular kinds of personal world» (Wells, 1998: 91).

A puppets’ material, therefore, is a medium of invisible significances that viewers unconsciously attribute to it, and puppets’ material details can be studied and interpreted as meaningful in the narrative. In recent decades, some of the most relevant analyses that focus on the materials’ expressiveness have been applied to films made by directors such as the brothers Stephen and Timothy Quay, Jan Švankmajer, Barry Purves, and Adam Elliot, and possible interpretations have been provided, respectively, by Suzanne Buchan in The Quay Brothers: Into a Metaphysical Playroom (2011), Peter Hames in The Cinema of Jan Švankmajer: Dark Alchemy (2008), Barry Purves himself in Stop Motion: Passion, Process and Performance (2008), and by Jane Batkin in Identity in Animation. A Journey into Self, Difference, Culture and the Body (2017). These analyses identify a correlation between the physical and aesthetic features of the materials used and the possible interpretations of the films. For example, in Švankmajer’s Dimensions of Dialogue (1982), plasticine’s malleability and the “volubility” of its aesthetic configurations become a symbol of the loss of identity and individuality under dictatorial political regimes (Hames, 2008: 37). 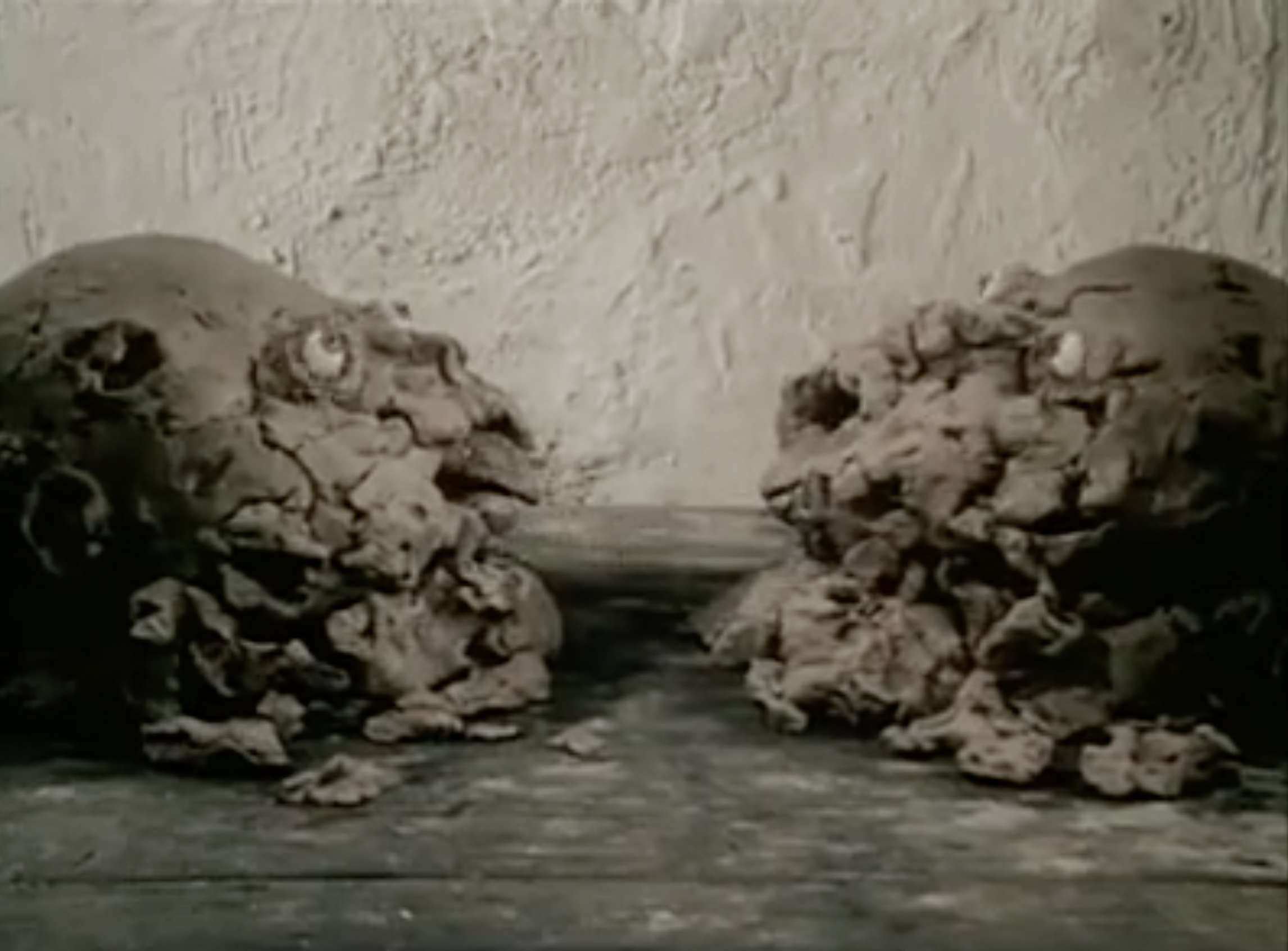 In Elliot’s films these same characteristics become representations of «otherness, disability and stigma» (Batkin, 2017: 130), while in the Quay Brothers’ Street of Crocodiles (1986) puppets’ metallic limbs express the loss of confidence in humanity in the era of mechanization (Miller, 2003: 82). These examples demonstrate how animation techniques are a powerful expressive material medium that opens up possibilities of analysis through both film and design tools. 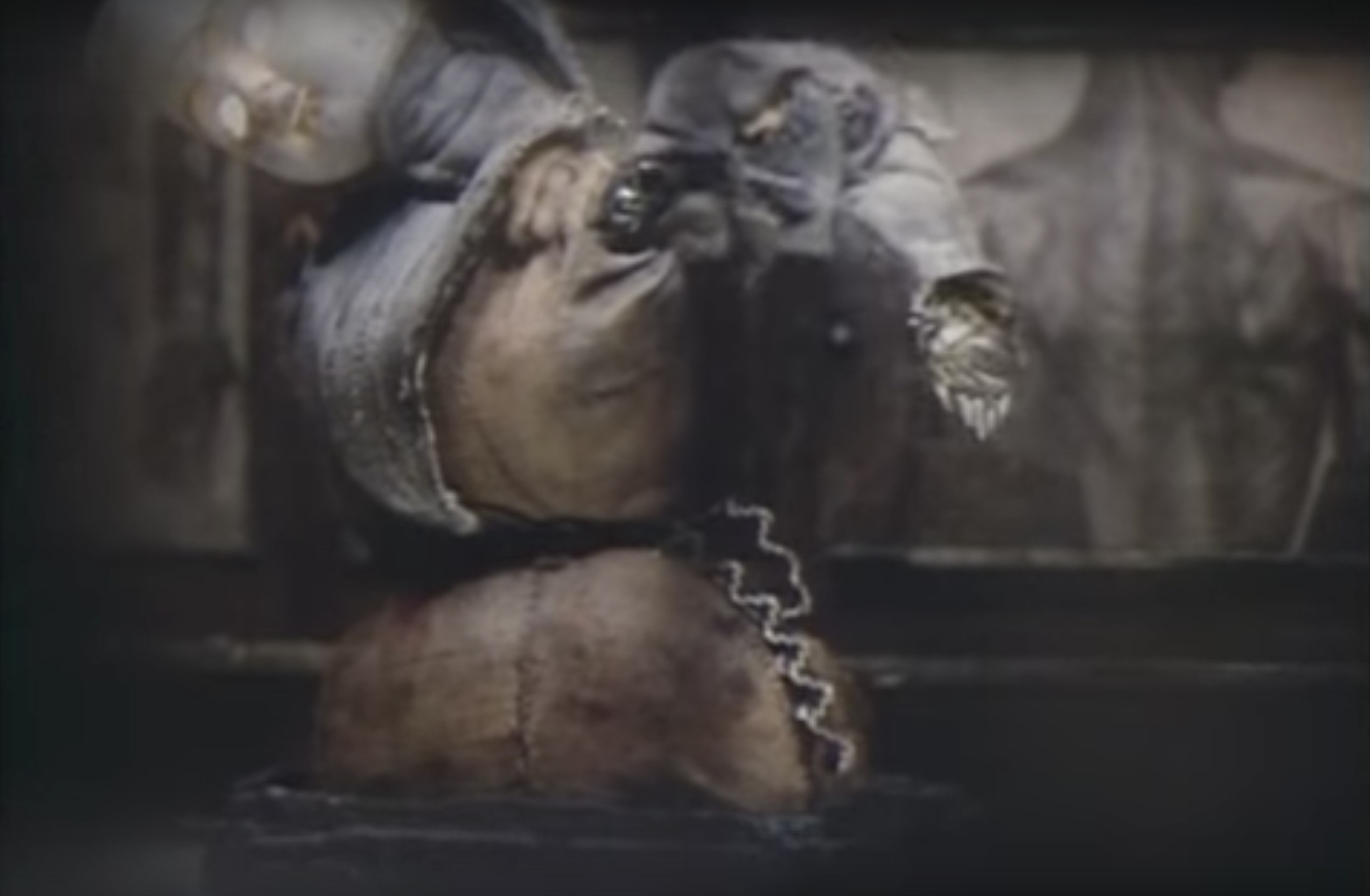 By considering this literature and comparing these attempts of interpretation with the above-mentioned assumptions theorized in the field of product design (which are mostly based on anthropological studies and empirical experiments), I suggest recognizing the existence of an analogy between the two paths of interpretation. I conclude my thoughts with a question: What would happen if we admitted the possibility of applying the process of reaching meanings and memories stated by Fiorani to the analysis of animated-puppet films, with the aim of providing new interpretations, based on the anthropological evaluation of puppets’ material aspects?

Batkin, J. (2017), Identity in Animation. A Journey into Self, Difference, Culture and the Body. New York: Routledge.

Lefteri, C. (2007), “Materials: The Big Attraction and Why Material Innovation Is Important”. In: Ingredients. A Materials Project, n.2, September.

Miller, T. (2003), “‘Cut Out from Last Year’s Mouldering Newspapers’: Bruno Schulz and the Brothers Quay on The Street of Crocodiles”. In: M. Shiel, and T. Fitzmaurice (eds.), Screening the City. London and New York: Verso.

Vincenzo Maselli is a PhD candidate in design at Sapienza University of Rome. His research aims to demonstrate how the material skin of animated puppets can communicate narrative meanings in stop-motion animation cinema, by investigating building processes and material aspects in an anthropological perspective.

One response to “The Invisible Memories of Animated Puppets’ Materiality: An Interdisciplinary Overview”