In the last decade or so it has become not so unusual for mockumentary-style paratexts to be created for non-mockumentary animated features. For instance, to promote the home media release of Wreck-It Ralph (2012, by Rich Moore), the Walt Disney Studios have produced a 28-minutes live-action mockumentary entitled Garlan Hulse: Where Potential Lives (2013, by Rich Moore), that purports to chronicle the attempts of a former video game superstar to regain his position as the record-setter of Fix-It Felix Jr., the arcade game Disney made up for its movie[1]. Similarly, on December 5 of the same year, in support to the nine Annie Awards nominations received by The Croods (2013, by Kirk DeMicco and Chris Sanders), DreamWorks  has released the live-action, mockumentary-style featurette The Wild Truth (2013), which pretends to document how, after having become aware that the original cut of The Croods felt boring, the studio would have called in The Fixer – a sloth that is purported to be a genius, high-price script doctor – to adjust the movie. More recently, and precisely on July 2017, in order to create hype around the forthcoming The Incredibles 2 (which is set to be distributed in June 2018), Disney-Pixar has released the mockumentary-style featurette Edna Mode (2017), wherein this fictional character is talked about as if she was a real-life top fashion stylist[2].

If, as these examples prove, most often such paratexts are (partially) live-action shorts, there are however also cases in which they have been entirely created using the medium of animation. An example in this sense is Groovin’ with Ken! (2010), a promo of Disney-Pixar’s Toy Story 3 (2010, by Lee Unkrich) aimed at introducing to the viewers a character that made its entrance in the Toy Story storyworld in this third installment of the franchise: Ken. Indeed, this short purports to be a lost “interview” with this ‘cultural icon’ uncovered by Disney-Pixar, wherein the doll talks about such topics as its typical day or its attitude towards life.

However, when speaking about mockumentary-style paratexts for animated movies, the most interesting case is probably that of the promos created for DreamWorks’ Penguins of Madagascar (2014, by Eric Darnell and Simon J. Smith). Indeed, aside by two traditional trailers (one for the film in general and one for its 3D version), the release of this feature was anticipated by various mockumentary-style featurettes. First, a live-action short that, imitating the behind-the-scenes documentaries, purported to chronicle how the actors hired to dub the main characters of the film reached such a level of over-identification that they started acting as the animals they were interpreting also in real life was made available (e.g. see fig.1). 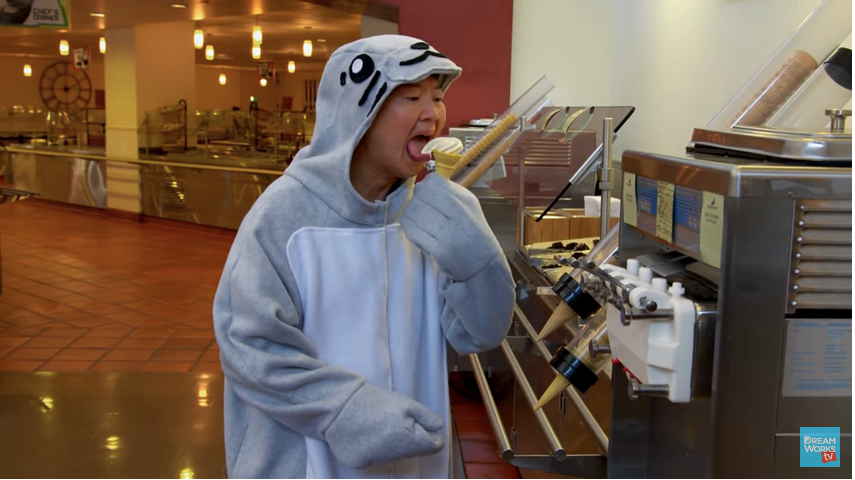 Subsequently, the animated promo Madagascar Animals Gossip about the Penguins (2014) was circulated. Shaped as an interview to the main characters of the Madagascar franchise, wherein the latter are asked to talk about the four penguins that acted at their side (fig. 2), this featurette contains many of the same scenes that are present in the film’s “traditional” trailer. Yet, it uses them either to illustrate the questions of the interviewer or as a counterpoint to the answers of the interviewees, from which it emerges that they seem to know only very superficially who Private, Skipper, Kowalski and Rico are. In other words, while from this promo the viewer does not learn anything more about the movie than s/he could pick up from its trailer, the choice of structuring it as a mockumentary allows to insist on the idea that the movie will fill an existing gap in knowledge on the lives of these four penguins. 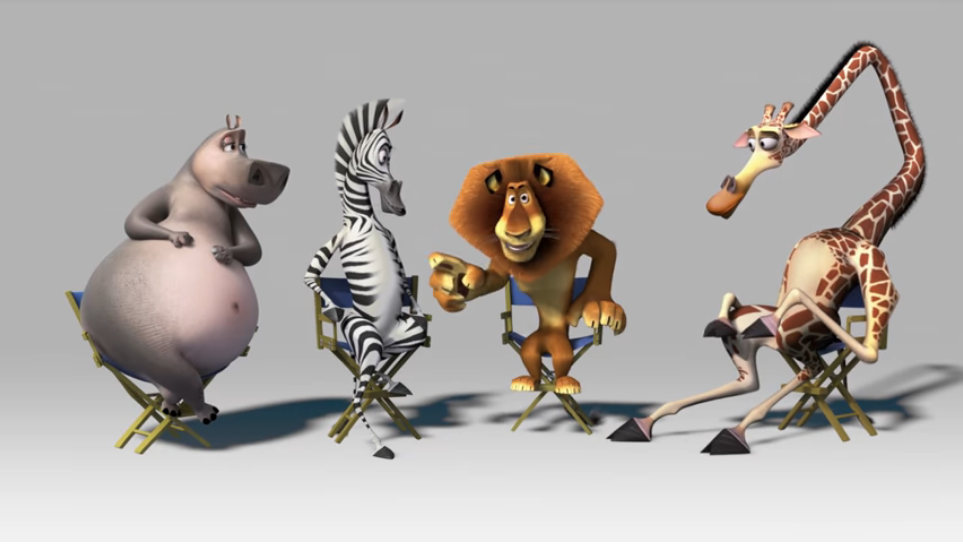 Fig. 2. A frame from the mockumentary-style promo Madagascar Animals Gossip about the Penguins.

Finally, nearer to the release date of Penguins of Madagascar, other five animated promos entitled respectively Meet Private (2014), Meet Skipper (2014), Meet Kowalski (2014), Meet Rico (2014) and Meet Agent Classified (2014) made their appearance. Each of them is structured as a talking-head interview with one of the movie’s leading characters, and in them too shots from the latter – most of which are the same that feature in the “traditional” trailer – are employed to illustrate the answers given by the interviewees. However, while in Madagascar Animals Gossip about the Penguins an emphasis is put on the fact that only little is known about the four penguins despite their having starred in various features, these promos offer instead already a first clear picture of each protagonist’s personality, by showing how they act differently in a same situation (i.e. that of an interview). For instance, Rico never utters a word and attempts instead to eat the boom (see fig. 3), while Private exhibits a childishness in answering to the questions, reinforced by the fact that it repeatedly plays with the stool on which it is supposed to sit (see fig. 4). 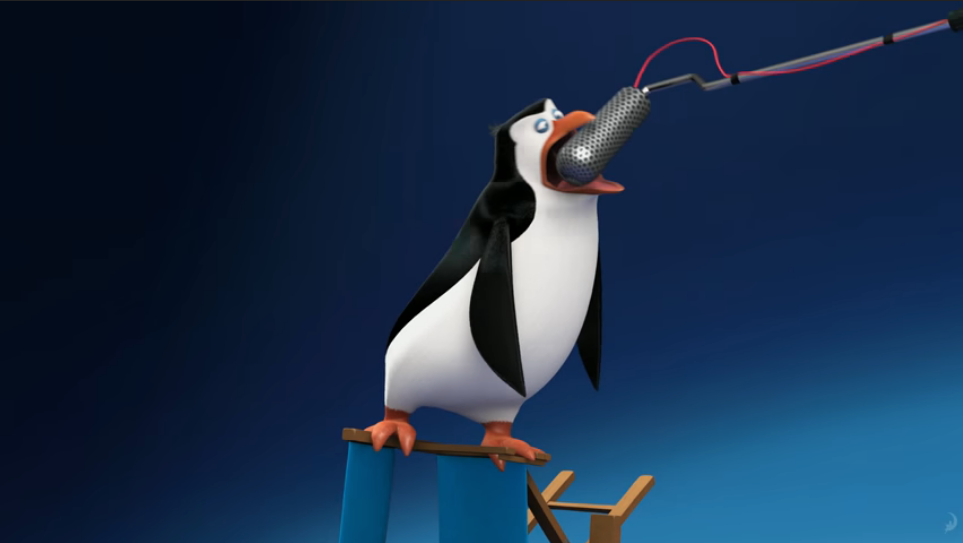 Fig. 3. A shot from Meet Rico showing the penguin in the act of eating the boom.

Some of the conflicts that characterize the movie are also highlighted in these promos – first and foremost the one existing between Skipper and Agent Classified, which is very present especially in the second part of Meet Agent Classified. In other words, these mock-interviews offer to the viewer a clear characterization of the penguins and a first idea of who they are and what their story is. 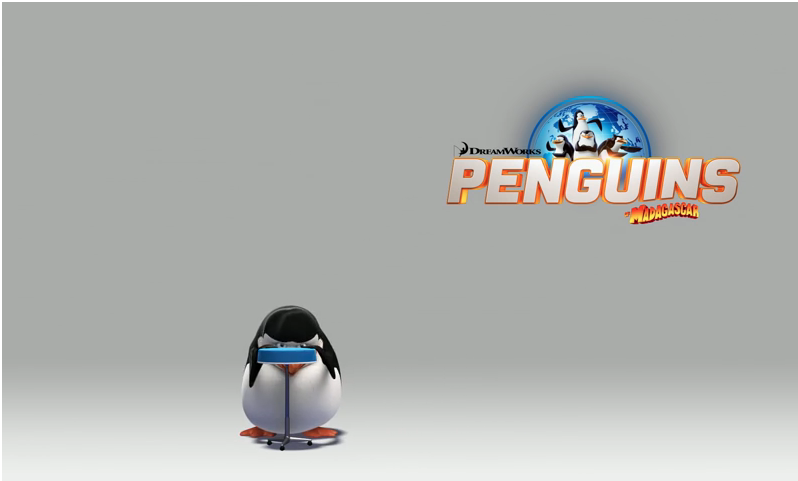 Fig. 4. A shot from Meet Private showing Private “hiding” behind its stool during the interview.

At a first glance, the employment of the mock-interview format in these promos seems thus just functional to convey more readily and in an original manner the idea that watching this film is the way for the viewer to actually come to know who the penguins are – a concept on which the taglines of the movie’s promos, ‘Discover the untold story of how four ordinary penguins became the penguins of Madagascar’ and ‘One movie will reveal how four young birds in Antarctica became the penguins of Madagascar’, also insist. However, if this was the only reason for its employment, the choice to rely on the mockumentary style so heavily in the paratexts of a film that is not a mockumentary and whose characters clearly pertain to a fictional world might appear curious.

Yet, while Penguins of Madagascar’s live-action mockumentary featurette can be easily dismissed as a gimmick aimed at driving attention towards the movie, at a closer look its animated promos can instead be read as part of a refined operation to inscribe the film in the penguin movie sub-genre, so as to be able to build not just on the success of the Madagascar franchise but also on that of titles like the live-action documentary March of the Penguins (2005, by Luc Jacquet) or the animated features Happy Feet (2006, by George Miller) and Surf’s Up (2007, by Ash Brannon and Chris Buck). Indeed, scholar Jonathan Gray highlights that ‘as particularly strong paratexts […], trailers and previews may dictate how to read a text’[3]. And the intention to inscribe the film in the penguin movie sub-genre is very evident in Penguins of Madagascar‘s opening scene, wherein not only is spoofed the documentary March of the Penguins, but are also referenced other movies featuring these animals, such as Happy Feet or Encounters at the End of the World (2007, by Werner Herzog). More precisely, the latter is alluded to by showing an animated Herzog in the act of documenting life in Antarctica, while of Happy Feet are recalled two scenes: the one of the dropping of the egg and the one of its hatching phase – by having Private come to life under the eyes of the other three penguins, hatching out of a “lost” egg.

By structuring some of the film’s promos as talking-head interviews to fictional characters, Penguins of Madagascar is assimilated to yet another popular penguin movie released in the same years of March of the Penguins, Happy Feet and Encounters at the End of the World: the Oscar nominated animated mockumentary Surf’s Up. Indeed, the latter opens precisely with an interview to its protagonist, Cody Maverick, wherein this penguin is asked to talk about himself and his life by a disembodied interviewer, exactly like it occurs in the Meet Private, Meet Skipper, Meet Kowalski, and Meet Rico promos. 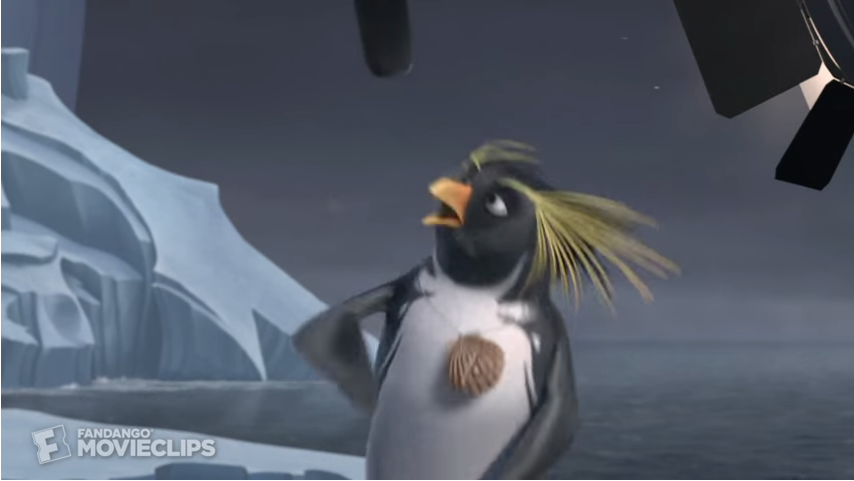 Fig. 5. A shot from the opening scene of the animated mockumentary Surf’s Up.

Furthermore, in the subsequent scene of Surf’s Up  also to other penguins that supposedly know this character well (like its mother or its brother) are asked to talk about Cody, not dissimilarly to what occurs in Meet Agent Classified and Madagascar Animals Gossip about the Penguins.

In conclusion, if looked at from this perspective, the mockumentary-style promos created for Penguins of Madagascar appear to have been thought to serve as a “sidekick” of the movie’s opening scene in the operation of inscription of the film in the penguin movie sub-genre, validating as such Jonathan Gray’s assertion for which DreamWorks’ paratexts are always ‘carefully manicured’[4].

Cristina Formenti is a Research Fellow and Adjunct Professor at University of Milan. She has recently received a PhD in Film Studies from the same university defending a thesis on the theory and history of animated documentary. She is author of the monograph Il mockumentary: la fiction si maschera da documentario (Mimesis 2013) and editor of Mariangela Melato tra cinema, teatro e televisione (Mimesis 2016).

[1] The short parodies the documentary The King of Kong: A Fistful of Quarters (2007, by Seth Gordon).

[2] Combining animated scenes with a series of live-action interviews to actual fashion designers and models (among which are Zac Posen, Heidi Klum, and Kendall Jenner), this short purports to be a portrayal of a ‘visionary’ style icon.