A few months back, I was invited to participate in Sydney-based art collective tranSTURM, working on a raft of abstract animation projects. The first project, Light_Space (2014) made an abstract analysis of movement in Olympic sport. Commissioned by Sydney Olympic Park Authority, Light_Space was designed for site-specific projection in one of Sydney’s most popular sporting and entertainment precincts. Representing a publicly accessible piece of abstract animation, its environmental placement connects the viewer to the work. The cultural demands associated with abstract art animation are shed in experiential presentation. It is inclusive by virtue of its design, existing as a feature that brightens the night atmosphere in the park. The advantage of environmental projection is in its social context – even if abstract animation is on every building in sight, nobody would call it a film festival. It is a happening, an attraction. It needs no inquiry for engagement to occur. 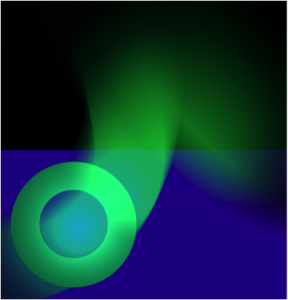 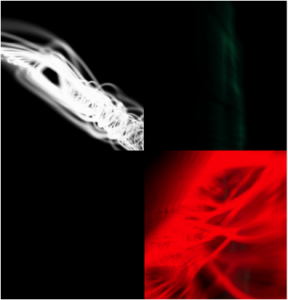 The sheer power of the public built environment as a screening space left an impression on me. The illusion of life and motion is a joyous and mesmerising experience. When situated in this context, abstract and experimental genres become approachable as public art. Alternative genres and alternate screen spaces can effectively partner to advantage arts practice as both a craft and a component of the modern social fabric. It interests me to continue creating works of this nature and adding cultural elements to the urban landscape. 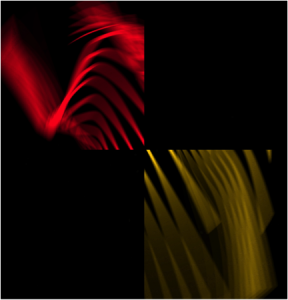 I am currently working with tranSTURM on a second piece for Sydney Olympic Park. We are collaborating with choreographer Dean Walsh, who has developed a choreographic scoring system representative of marine ecology, called Prime Orderly[i]. His work as an environmental artist is fresh and provocative. Bringing Dean’s system ‘to life’ in an animated format is exciting for all of us involved in tranSTURM. This has involved motion capture data of Dean’s scores and subsequent data manipulation. Representation of ecological forms has required a reasonable amount of research and development. Through a range of processes, Dean’s performance can become a wide range of organic and angular forms. 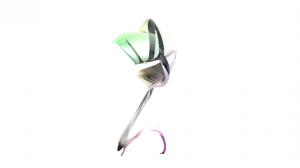 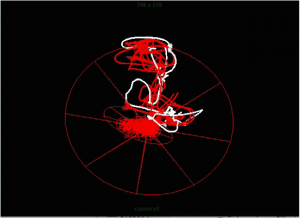 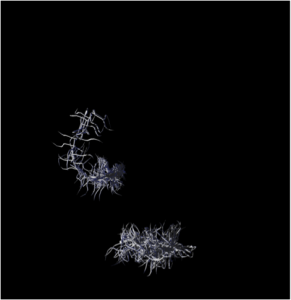 These forms are so diverse that to create a sense of ecosystem is entirely viable. Between artists Holger Deuter, Jason Benedek, and Daniel Scott, these forms are explored and presented for consideration – how will they interact? How will they co-exist? Dean Walsh’s choreography is met by my own. The issue of choreography is a theme of importance in the tranSTURM work, as we frequently collaborate on asset creation, and in the end the work is a composition including work of different artists arranged on screen simultaneously. It therefore becomes important to consider not only the choreography of Dean’s modalities, but also that of on-screen interaction. Each artist has this in mind when developing assets. As I create an ocean-world of Dean’s movements, iterations of Dean are being brought together, and the choreography of the animation interacts with the choreography of Prime Orderly. The space the assets populate is created by Rachael Priddell and myself, bringing a sense of environment to the work. 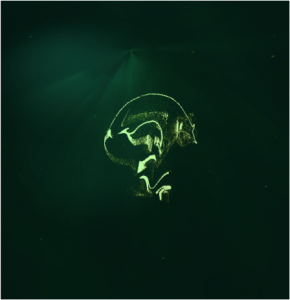 Choreography and ‘dance’ are items that I felt were strong elements of Light_Space as well. The figuration of the human as concrete and abstract forms were layered and arranged in multiplicity. Coming out of that into a more active choreographic work has been a strong catalyst for our team of animators. The shapes and forms of this interdisciplinary and environmentally conscious art are unique and beautiful. As we move forward and incorporate new disciplines into the tranSTURM collective, I hope to create abstract works that can find new avenues of enjoyment outside the typical art establishment. The freedom of stepping away from the cinema is profound. I am amazed at the potential for connection between artists, art forms, and audiences. I look forward to continuing organic, dynamic collaboration that tranSTURM presents.

tranSTURM is directed and produced by Chris Bowman and Anita Kelly. I have taken on a senior role in the group in our current work, although I have no title. I am simply trusted for technical and creative input across environment, arrangement, and disciplines of asset creation. I’m pretty sure that on a project-to-project basis that may shift to suit the needs of each work. We are fairly organic that way. I hope when our NDAs expire, and we have the ability to share our media, that we can project in environments around the world.

Rachel Walls is a sessional lecturer in animation, film and television production & theory. She also works as a practitioner in film and television, as well as being a visual artist. Rachel’s research areas are animation and inclusive design. She prefers to create animations that beg little of her audience, concentrating on the moving image as a design object. Her work has travelled the world, exhibiting in a range of festivals, galleries and other events. Her design process is informed, considered, and intends to communicate in an honest manner. When these things do not occupy her time, she studies Brazilian dance. Her creative work can be found online at www.rachelwalls.net