In the article we will talk about animation as part of art practices of the day. At the Ukrainian art scene animation often, not pointedly, not bluntly, but indirectly is found in works of art, it comes in the spotlight as a technical mean (form) or lies at the heart of idea, concept, gist of a story.

Artists of the two-thousands often use animation in video art, video installations, kinetic objects. In every work animation is seen from a different angle: motion, time, light, shape, liveliness, spirituality, movement of viewer relative to a work in the limits of memory perception, history and experience gained.

Ultimate example of animation in the nexus of optical illusion, media archeology and kinetics is a multimedia project, series of kinetic objects named “Visual Vinil”. The work literally evokes to life routine reality of everyday objects in the eyes of beholder. Founders of art platform “Institute of unstable thoughts” Alexander Gnilitsky & Lesya Zayac worked on it during initial years of the first decade of two-thousands. Kinetic objects were created on basis of optical devices of the pre-film age: phenakistoscopes, zoetropes, stereoscopes, stroboscopes and others. 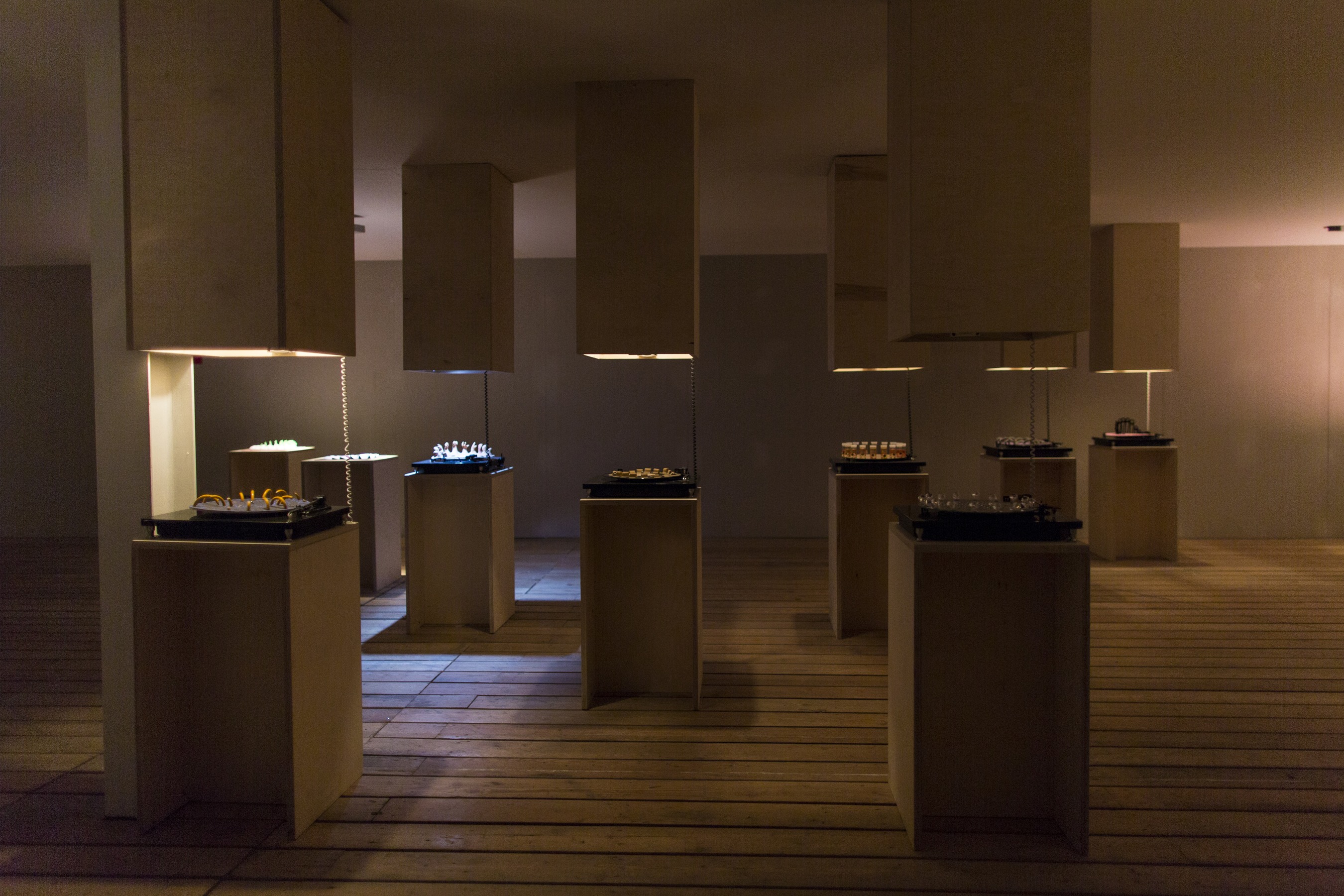 From the Lesia Zayac archive 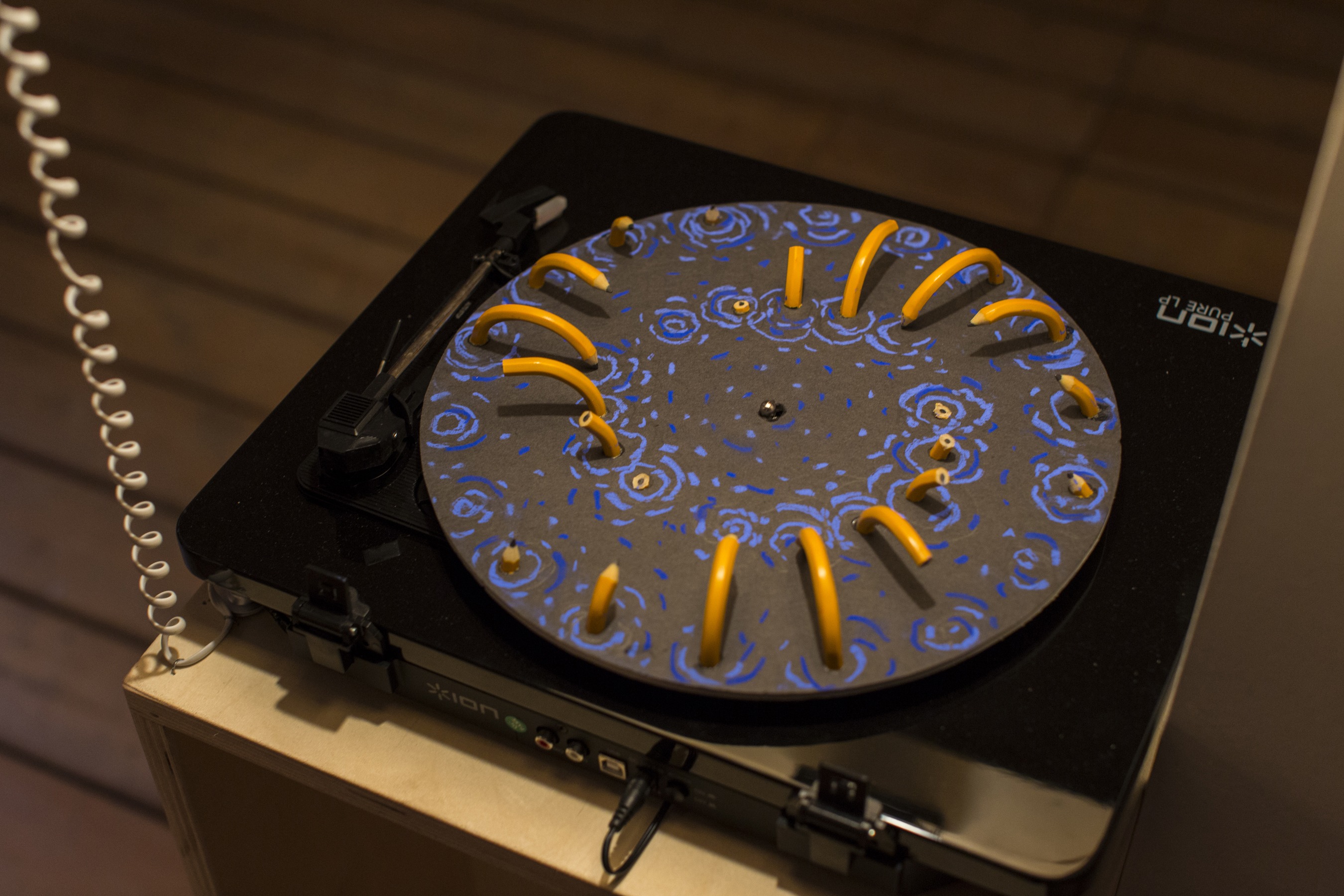 From the Lesia Zayac archive

Media artist Yuriy Kruchak staying in Korean art residence Changdong ArtStudio in 2012 created the work “Dotted lines of move” at the intersection of photography and video using Time-Lapse technology very close to Stop-Motion animation. The work narrates about conflict between internal and external, form and substance, time that compresses daily and craving to expand time limits. It is about man of the time, about building-up of silent protest and desire to wake up from this tension. 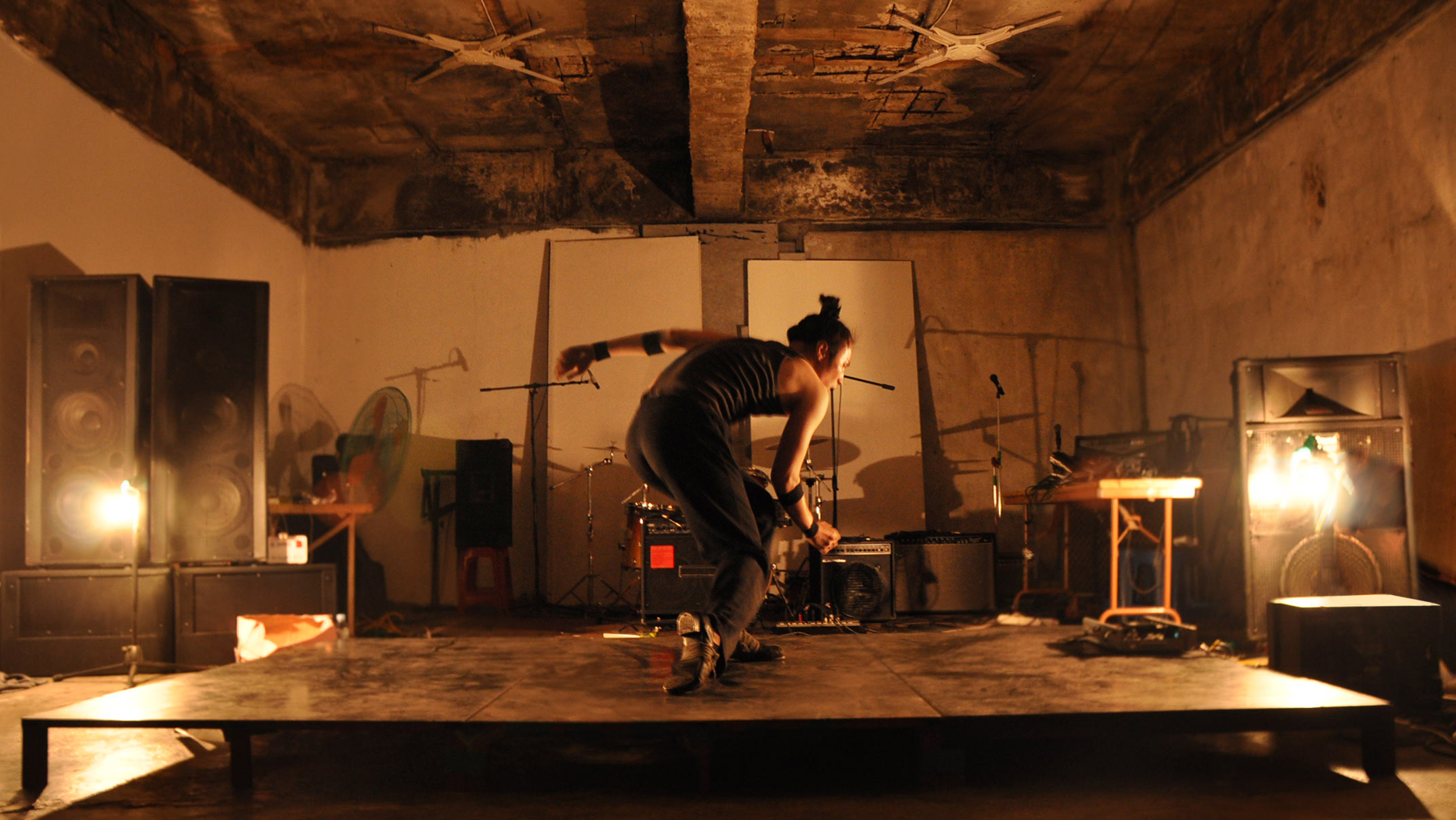 Absolute painter Lesia Khomenko in her work “Self-portrait” of the year 2013 presents painting process by means of animation. The work has several levels of interpretation: life observation, Lesia’s sleep imitation game with her daughter, eye contact with the viewer, self-portrait as a classic form of art and in the end destruction of material object – the painting, which served as a screen for seven minute animated video. 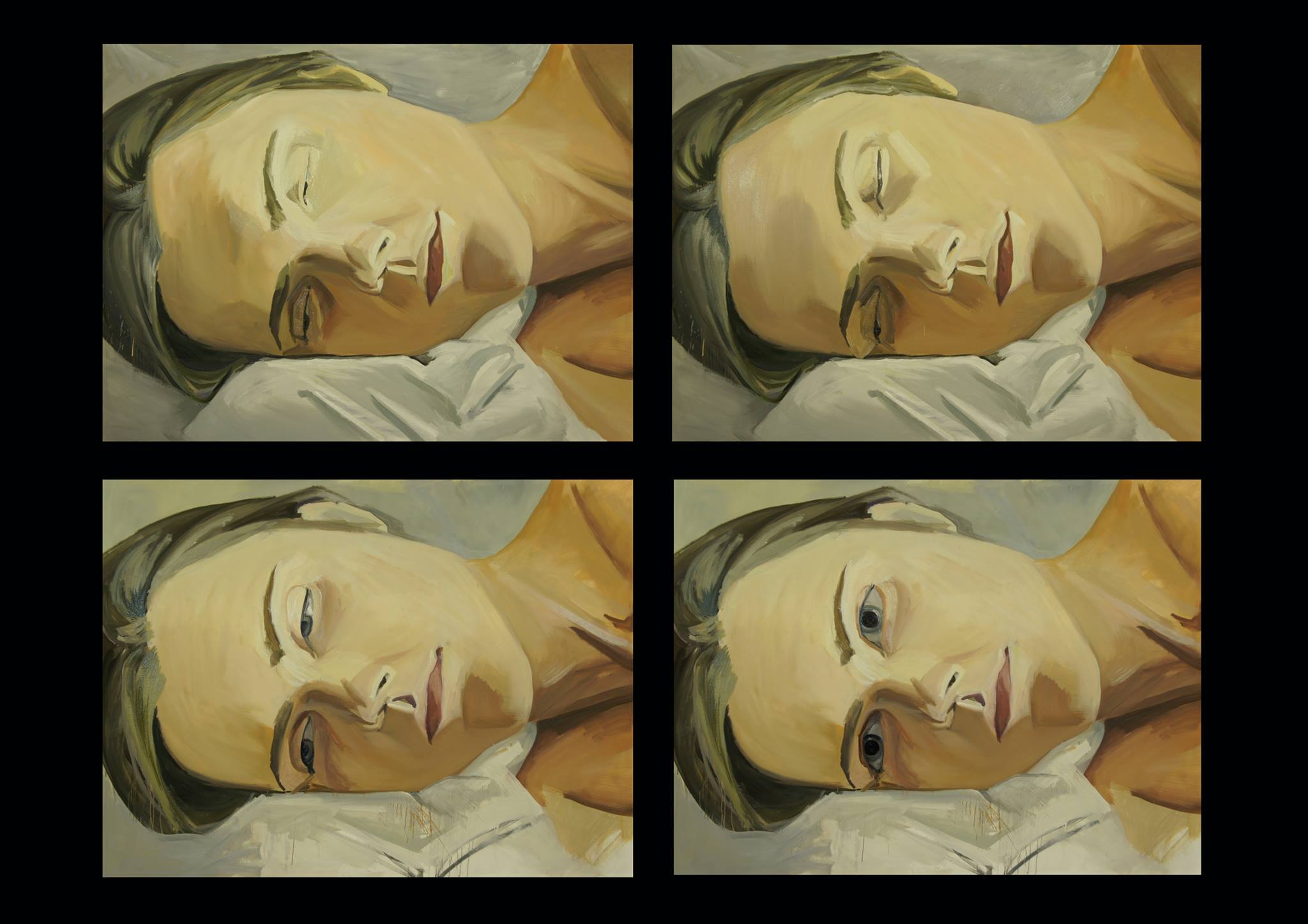 Light gives illusion of movement in the video installation by Alina Maksimenko “Exodus” created in 2014. Video was an essential element, projector light was there just for light. The work was exhibited in the space, which itself plays up to it, animates, enlivens. Corridor set direction – and air stirring, draft was impossible to predict in that space. The movement had no predetermined pattern, it was not mechanical, recurrent, programmed – “Exodus” came to life and began to move. It is about feeling of your land, your world, the boundaries that lie between people and escape for someone, all these are in “Exodus”. 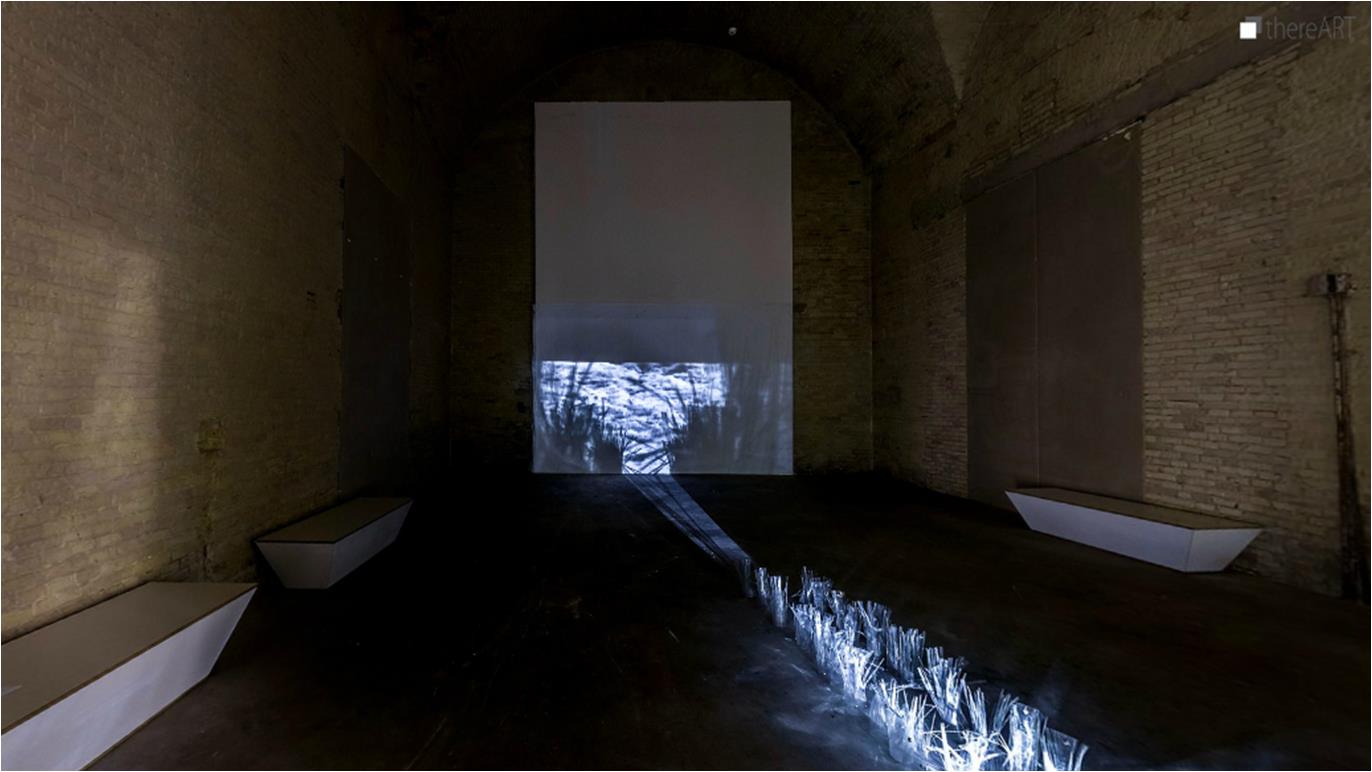 “N-Dimension” project by Alina Yakubenko and “UBIK Group”, created in 2010, distinguish five levels of space: spot, two-dimensional world, depth, time and finally experiment that combined all dimensions and became art laboratory that lasted for four weeks and engaged artists and gallery visitors into creation process.Here animation appears in the body of kinetic sculptures and optical illusions allowing to model space in real time. 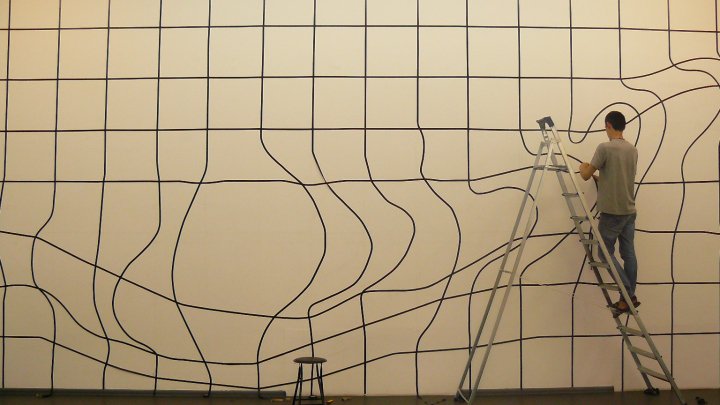 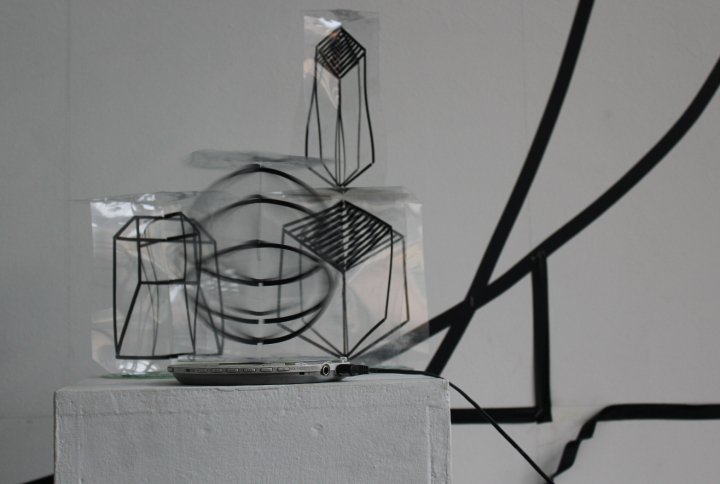 Another example of animation as a motion is Dariia Kuzmych’s “Acceptance” created in 2013. Work is closely tied to the artist’s personal experience, physical feeling. Animation is projecting defective movement algorithm after an accident (geometry of walking). Video shows first and conclusive points of contact, gap between them, step by step. For set off and comparison exhibition space had animated video work of Etienne Jules Mare depicting people without physical limitations, moving images of running people.

Animation takes on a role of creating new forms and senses, showing existing or projecting new realities in contemporary art. Works presented are only part of unknown realm of Ukrainian visual arts, harbor to a nimble world of motion. Let me finish the article with a cite from an interview with Ukrainian artist Yuriy Kruchak: “Animation makes it possible to unfreeze a moment and make it alive, observe incipient and ending points of phenomenon”. 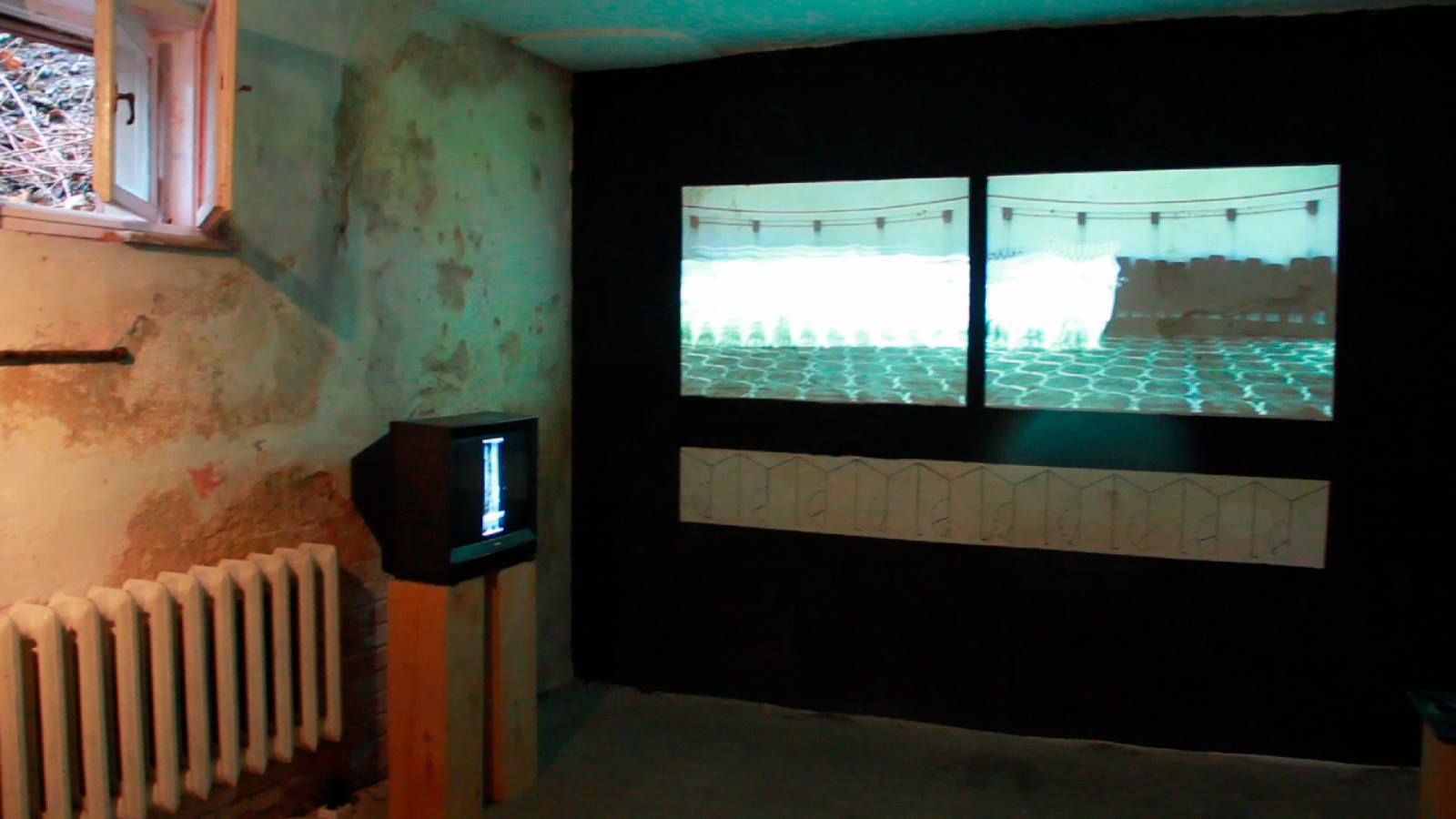 2 responses to “What is animation in Ukrainian contemporary art?”