According to a 2015 Los Angeles Times article, the majority of animation production students in the US are female, yet they comprise less than a fifth of the workforce in creative roles in the American animation industry. This situation is reflected in the UK where a 2012 census conducted by Creative Skillset revealed that women make up only 20-30% of the animation workforce in creative roles. Research carried out by organisations such as Animated Women UK [AWUK] indicate that women working in animation and visual effects in the UK industry face systemic obstacles to their success and progression in creative and leadership roles.

I would argue that the way the history of women in animation has been written has provided a foundation to the current prejudice women experience in the animation industry. In animation history books and introductory texts, when they are written about at all, women tend to be written about in two ways: either as helpmeet to the ‘great men’ of animation history (think of Evelyn Lambart or Joy Batchelor), or lone artisanal craftswomen, working outside the system of cultural capital exchange of the industry. The latter area is where historical scholarship on women in animation is predominantly focused and much of this work promotes an image of female animators that is at once celebratory and essentialist, working in a ‘feminine aesthetic’ (as Paul Wells describes it in his influential and foundational text Understanding Animation) and doing work that is often equated to other feminised craft activities that can be carried out in the home. 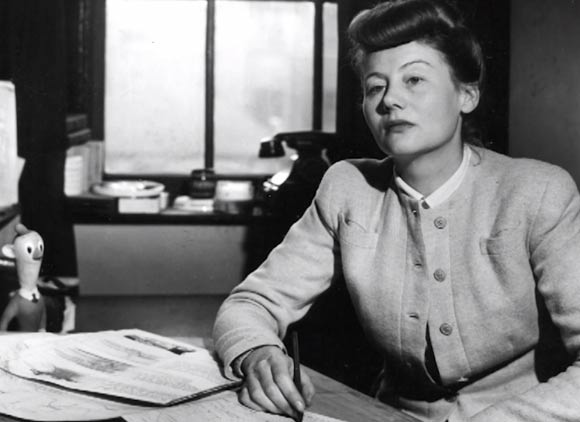 Latterly, more recuperative and progressive historical research indicates that the received history of women in animation is being challenged – see for example the current research being carried out on Lotte Reiniger by Caroline Ruddell at Brunel University and Tashi Peters at QMUL, who contributed an earlier post to this month’s theme, or Mindy Johnson’s history of the women who worked in the ‘ink and paint’ department at Walt Disney studio in the 1930s and 1940s, published this year.

I would argue that in order to fully understand the status and situation of women currently working in animation (commercial and independent) we need to more fully understand their role in its history. This isn’t necessarily about ‘filling in the gaps’ of animation’s written history or unearthing previously unknown work in dusty archives or attics. It is rather about asking new questions of animation history and historiography and exploring animation history’s ‘productive reliability’ to use Vivian Sobchack’s phrase, and how and why that history is changing.

One response to “The Gendered Past of Animation: Exploring the Historiography of Women in Animation”