The purpose – but at the same time the problem – of genre classification is to instill ‘purity’ and order through categorization. Genre categories have defied easy definition as the borders intended to separate them are always shifting and expanding, especially when cultural meanings between transnational audiences are added to the discussion. There are many approaches to analyzing genre that conflict with each other, mirroring the messy beast that genre theory is.

For a more refined scope, this post will focus mainly on Rick Altman’s observation that previous genre theories focused too much on the superficial presentation of the film (visible signs and iconography) instead of its history and how genres have developed over time, as well as the often-neglected relationship between audiences and genre. These two factors are deemed the semantic and the syntactic approach. The semantic approach relates to the ‘building blocks’ of genre (e.g. its iconography, acting, and costuming). One issue in applying this approach to anime is that, being drawn, iconography in animation offers a ‘representation of reality’ to its audience instead of a presentation (Dennison 2015, p.16). The syntactic approach examines, instead, how the building blocks are arranged within the structure. In 1999, Altman altered his original theory to include a pragmatic approach, focusing on the context between the information on the screen and how it is interpreted. Regarding anime and its cultural meanings between transnational audiences, this approach allows for a broader extension of genre theory beyond Hollywood.

Mark Janovich (2001) discusses how consumers use genre distinctions to construct taste ‘hierarchies’. Also, consumers of a specific genre use these distinctions to ‘validate’ its worth by emphasizing its difference from other genres. International films (for example, Japanese horror and Kung Fu films) are often claimed in this manner. Such products are often categorized as ‘art’ cinema in Western markets, and therefore attributed with ‘high’ cultural capital and ‘good’ taste – although they would most likely not be categorized or marketed this way in their country of origin.

Anime genre terms too are used as markers of distinction and cultural difference by international audiences, often by employing Japanese terms used by the anime industry. Some examples of this would be the generic labels Mecha (that is used to label anime featuring fighting robots, or ‘mecha’), Isekai (that is employed to describe media where protagonists from our world are transported to ‘another world’) and Iyashikei (which identifies ‘healing’ anime with little to no conflict and a focus on the little delights in life) as distinct sub-genres specifically referring to anime, and are now part of the popular lexicon amongst online English-speaking anime communities.

Altman has also discussed ‘re-genrification’ – which enables Hollywood (and others) to redefine a film’s genre (Altman 1999, p.78). This demonstrates the true fluidity of genre, as well as the futility of attempting to enforce ‘defined’ borders. ‘Re-genrification’ can benefit critics who write about a film as a key text in a particular genre movement, or as the front-runner of a genre trend cycle, whether or not the film was originally conceived or interpreted by contemporary audiences as today’s critics read it.

One interesting transcultural example of ‘re-genrification’ is offered by the contradictory readings of Studio Ghibli’s Hotaru no Haka (Grave of the Fireflies, 1988, by Isao Takahata). Many critics and writers (including Roger Ebert, who recorded an introduction for the 2002 DVD release) focus heavily on what they perceived to be its message as an (anti-)war film. Ebert interpreted the film as a representation of the ‘after-effects’ of war, and its ‘victims’. Jasper Sharp (2017), writing for Sight and Sound, says that it is ‘undoubtedly one of the most forceful anti-war statements in the history of cinema’, and Daniel Etherington of Film4 refers to this anime explicitly as an ‘(anti-)war film’. However, Isao Takahata has denied this, stating that the film ‘is not at all an anti-war anime and contains absolutely no such message’(Takahata 1991, p. 471).

The semantics in Grave of the Fireflies remain consistent between audiences. The costumes evoke the image of Japan during WWII, the inclusion of technology such as airplanes used during the war, and hardships associated with living during a war (e.g., food shortage, bombings, etc.). However, differences in cultural attitudes can result in the interpretation of the semantics of a film in varying ways, changing the overall structure of a film. In this case, the plot point regarding the suffering of the children separate from the community spoke differently to global viewers.

This is because the syntax varies for transnational audiences. The film is a critique of isolated youth culture in Japan at the time, when youth crime rates were at a high point, compared to the community spirit present during WWII. Without this cultural knowledge, critics outside Japan took it upon themselves to categorize the film in the context they understood, and not as the filmmaker intended. This can best be understood by taking into consideration one of the final shots of the film, where Seita breaks the fourth wall by deliberately looking directly at the audience when he and his younger sister Setsuko are reunited after their deaths. 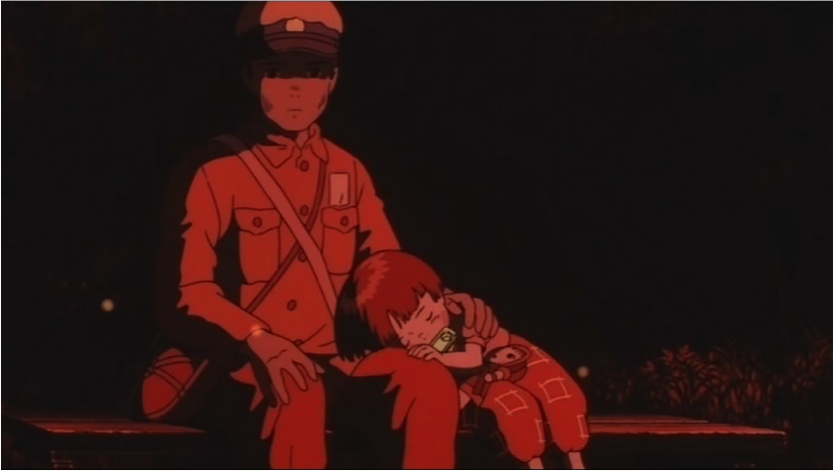 Fig. 1. A deliberate look to the audience in Grave of the Fireflies that invites multiple interpretations.

Being drawn, this moment is a deliberate choice on the animator’s part, but audience interpretations can vary based on contextual cultural meanings. The semantic approach suggests a conclusion to a very personal tragic story that the audience has observed. The syntax (i.e. the way it is constructed) either re-enforces the human tragedy of these young war victims, bathed in harsh red light during the aftermath, or, with the added layer of cultural context, can be construed as a judgmental final look at a generation considered to be lacking the altruistic nature of those who survived (and those who didn’t) during the war – a factor which ultimately led to the siblings’ death when they tried to survive alone. Audiences without relevant cultural understanding applied a generic term to the film its director disagreed with.

To conclude, the idea of a ‘pure’ genre – a flawed concept to begin with – becomes even more muddled when considering contrasting transnational audiences, whether through their differing interpretations or adoption of foreign generic descriptions. Attempts at constructing distinct borders between genres are futile when these borders have proved to be a fallacy – constantly shifting and breaking down, especially in the face of globalization. Genre is not a linear process or neat classifying system; just as viewers cannot be easily placed into one pure and distinct category, neither can films.

Jancovich, M. (2001) “Genre and the audience: Genre Classifications and Cultural Distinctions in the Mediation of The Silence of the Lambs”, in Melvyn Stokes and Richard Maltby (eds.), Hollywood Spectatorship: Changing Perceptions of Cinema Audiences. London: BFI Publishing, pp. 33-45.

Louise Milsom graduated with a BA in Film from the University of the West of England. Her dissertation analyzed Tex Avery’s use of animation in adapting and subverting traditional representations of femininity in fairy tales, using his animated ‘Red’ trilogy as a case study. She recently received her MA in Curating, where her final project involved curating a season of films entitled More than Miyazaki, which explores animators and works outside the canonical production of Studio Ghibli. The season was a sold-out success, and she hopes to expand on this by working towards making the season a regular event.