As a film-maker who has become further and further drawn into the world of animated documentary, what has enthralled and inspired me is the overt subjectivity of exploring the world through animation; free from the ‘baggage’ of objectivity implied in live action footage. For this reason I wholeheartedly agree with Paul Ward that “animation is a mode perfectly suited to documentary production” (2005).

The possibilities never fail to excite me: to take the camera anywhere (as I did in my imagined experience of pregnancy Bun in the Oven), to explore hidden stories and worlds, to extend what it would not be permissible to show on screen in live action (as in my examination of Victorian mental health care Hysteria) and to present experiences in the visual language of their authors (as in Tim Webb’s A is for Autism).

Fellow film-maker Ellie Land and I set up the Animated Documentary blog (www.animateddocumentary.com) in 2012 recognising that this niche genre is growing in popularity as well as in the number of new productions. We conceived the blog as production-focused and wanted to create a searchable online resource, as well as to connect with the community of critics, film-makers and fans.

Since March 2012 we have featured 99 films, series and works-in-progress, as well as articles, events & DVD releases. Our collection to date is by no means exhaustive – mostly we find we are posting new films but an ongoing mission is to add and flag up animated documentary ‘classics’, as well as a series of in-depth film-maker interviews.

The blogging structure – and the importance we place on careful tagging of all our posts for maximum searchability – helps us to look analytically at the work we are finding and featuring. The tag cloud which appears on the sidebar of our site – showing most popular tags – offers an insight into nature of films we have featured so far, showing a UK & USA bias as well as films from Australia and Canada but also Sweden, Austria and France. Top themes are revealed to be: children, history, mental health, politics, autobiography, war, medicine, refugees and memory.

The films themselves span the widest range of techniques, forms and content, from cinema releases like A Liar’s Autobiography to lesser known but topical shorts such as Camp 14: Total Control Zone about life in a North Korean prison camp and films for charities such as spoof torture manual Do It Yourself. There are student films such as Boys Who Like Ponies, funding scheme commissions like 30%: women and politics in Sierra Leone and broadcast commissions such as Heirlooms. 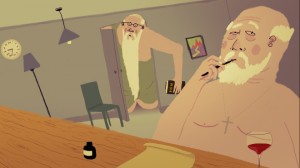 A Liar’s Autobiography: The Untrue Story of Monty Python’s Graham Chapman by Jeff Simpson, Bill Jones and Ben Timlett. (This image is from a sequence by Daniel Chester for Beakus) 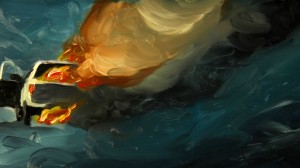 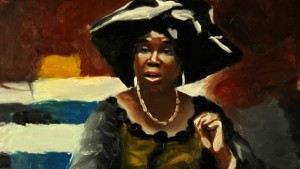 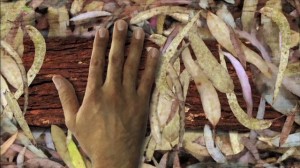 The blog has much further to grow; in fact it’s only the capacity of our team which limits the rate of growth as opposed to any lack of material. We have great hopes for the future of the animated documentary form, especially in the light of new genre-specific funding and training such as the upcoming European MEDIA-funded AniDox workshop & Sam Moore’s specialist event at Tricky Women’s summer school.

We are always looking for feedback on the blog, and for new international contributors so if you are interested or have reviews, films, articles, or events to share please do get in touch via the blog.
Alys Scott Hawkins is an artist and animation director based in Southampton since 2004. Her films have been screened at more than 30 film festivals and won several international awards. She has a degree in film from the University of Northumbria and an MA in Animation from the Royal College of Art.

Her films have included commissions for Channel 4 Television, three films for mental health charity Rethink, and sequences for financial services firms BDO & PriceWaterhouseCoopers. Alys’ current projects are an interactive mapping of a historic shopping street and a film, in development, about sex and housework.

Alys teaches on the BA(Hons) Fine Art degree at Southampton Solent University, and film-making to medical students at the University of Southampton. In 2011 she was invited to participate in the animated documentary panel Genre Clash or New Harmony? at DOK Leipzig. In 2012 Alys contributed a chapter to Jayne Pilling’s book Animating the Unconscious: Desire, Sexuality and Animation; and with Ellie Land presented a selection of short films at the Sexuality at Home conference, University College London.

3 responses to “Blogging the Animated Documentary”